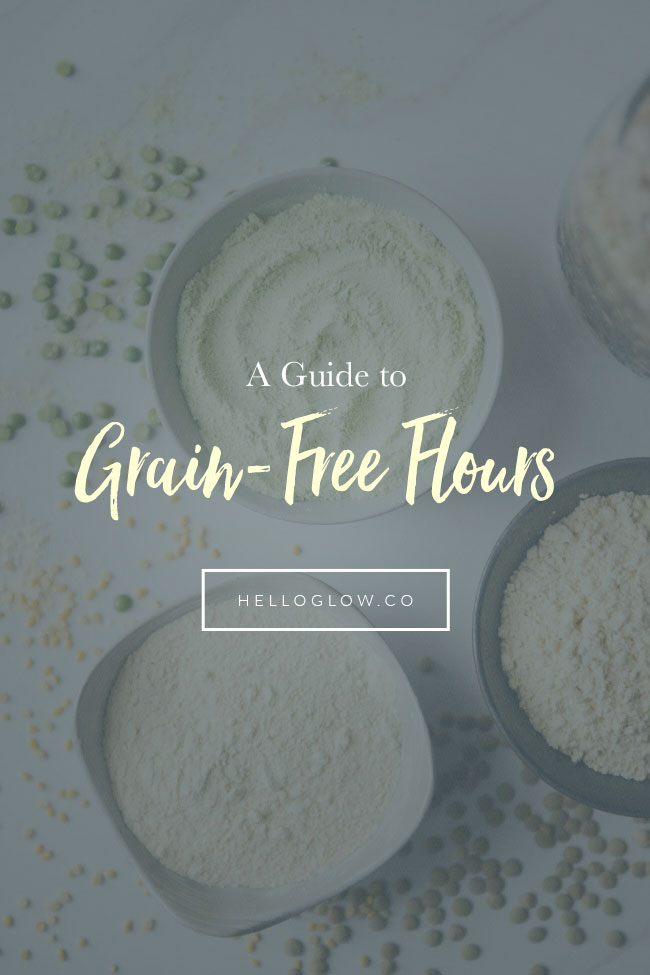 I’ve been gluten-free for almost seven years now and I’ve learned a lot in those seven years! Baking and cooking has been equally fun and challenging. There was a sharp learning curve when it came to becoming acquainted with new-to-me flours. Lately I’ve been experimenting with more grain-free flours. A lot of paleo and low-carb recipes rely on them, and they behave differently than wheat and even other gluten-free grain-based flours.

Here’s a guide to help you navigate through all of the options. 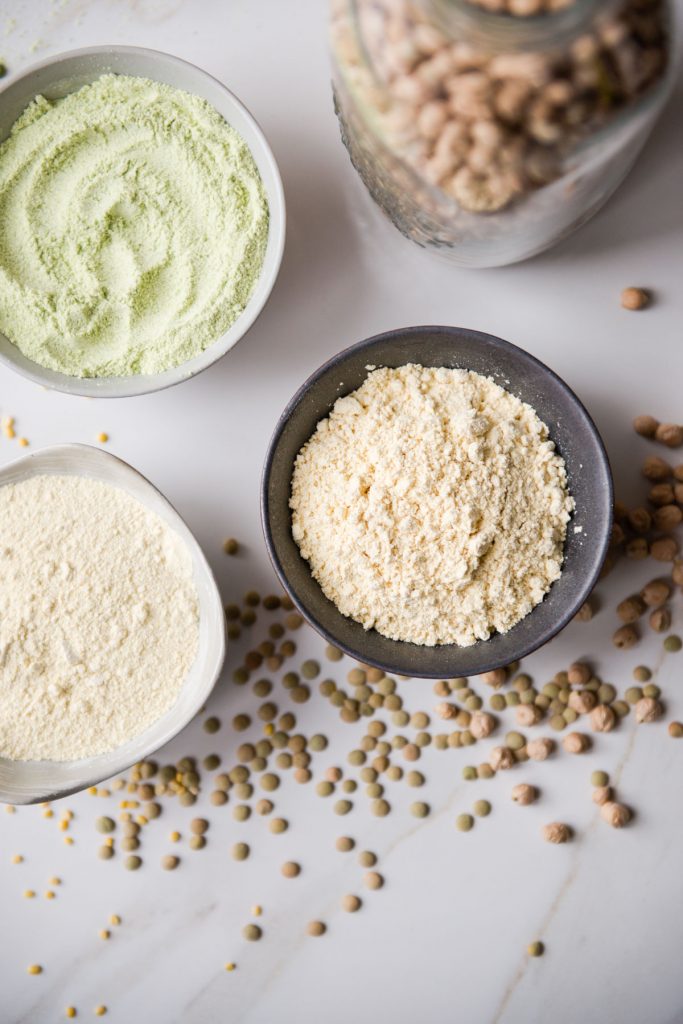 To use: Can mix with other grain- or gluten-free flours, or wheat flours. Used alone and mixed with water and seasonings, these flours can be made into flatbreads (like socca), pancakes or “eggs,” as is the case with chickpea flour, or used as a batter for fritters, such as Indian pakora. Other recommendations include combining with other grain- or gluten-free flours and starches in baking.

Because these flours tend to have strong flavors, they aren’t well suited to certain baked goods where the flavor or texture would become overpowering. (Note: bean and legume flours tend to also have a strong scent, but taste and smell better after cooking or baking.) 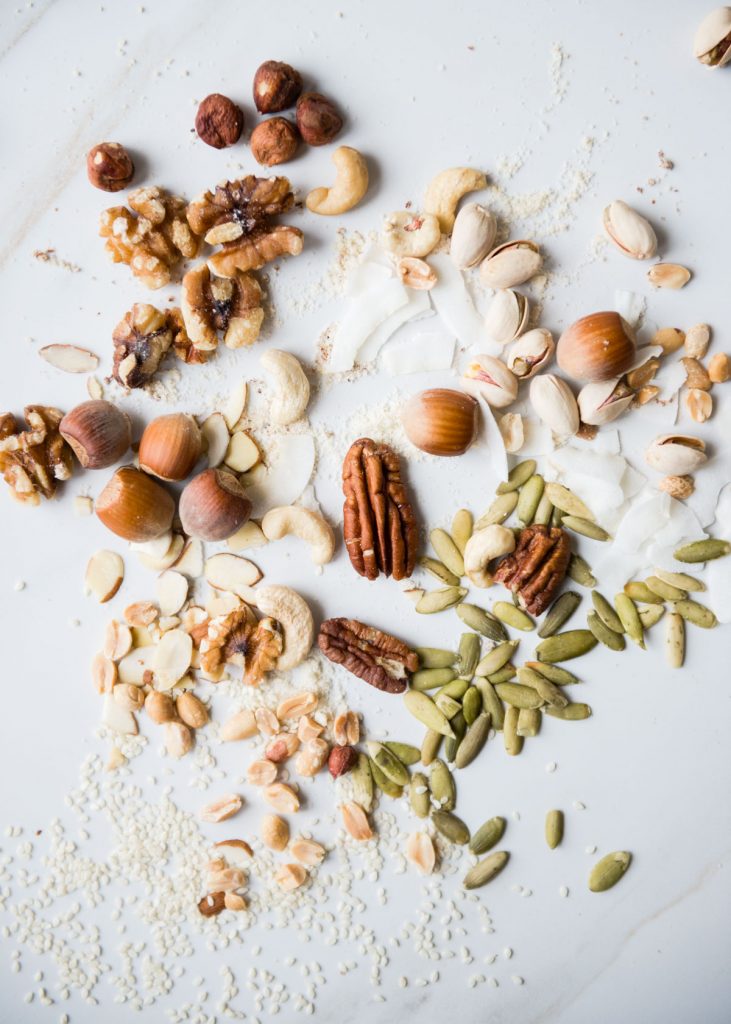 To use: Use alone as a “breading” for poultry, meat, fish, and veggies. Use to replace other flours in baking and cooking, such as muffins, cakes, crackers, and press-in-the-pan pie/tart crusts. In some applications, it’s best to use in conjunction with other grain- or gluten-free flours or starches. A tablespoon or two are great to add to smoothies to up the protein and fiber content.

Other notes: The difference between nut meal and flour is inclusion of the nut skins in the former. The latter contains nuts that have been blanched to remove the skins and is lighter and more powdery in texture. They can often be used interchangeably, except where the brown flecks from the skin will effect the appearance and or texture of the final product, such as with French macarons.

Storage tips: store in fridge or freezer if not using immediately to prevent rancidity 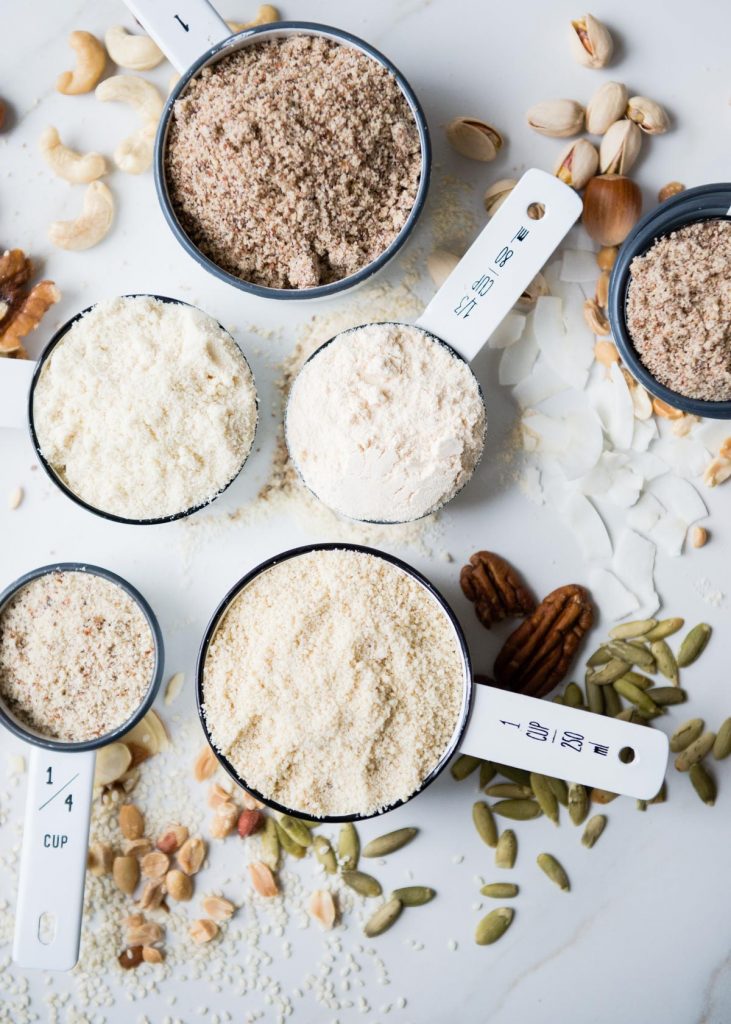 Coconut flour (pictured above in the 1/3 cup) really belongs in its own category simply because it behaves differently than other grain-free and gluten-free flours. It’s made from dried, ground coconut.

Benefits: low-carb, high in fiber, good for those with allergies

To use: Coconut flour is highly absorbent and cannot be used in a 1:1 substitution with other flours and starches. Recipes calling for just coconut flour often include extra eggs. For every ounce of coconut flour, use 1 large egg. Typically 1/4 cup coconut flour can be used to replace 1 cup wheat flour.

Ideal for: low-carb and paleo recipes 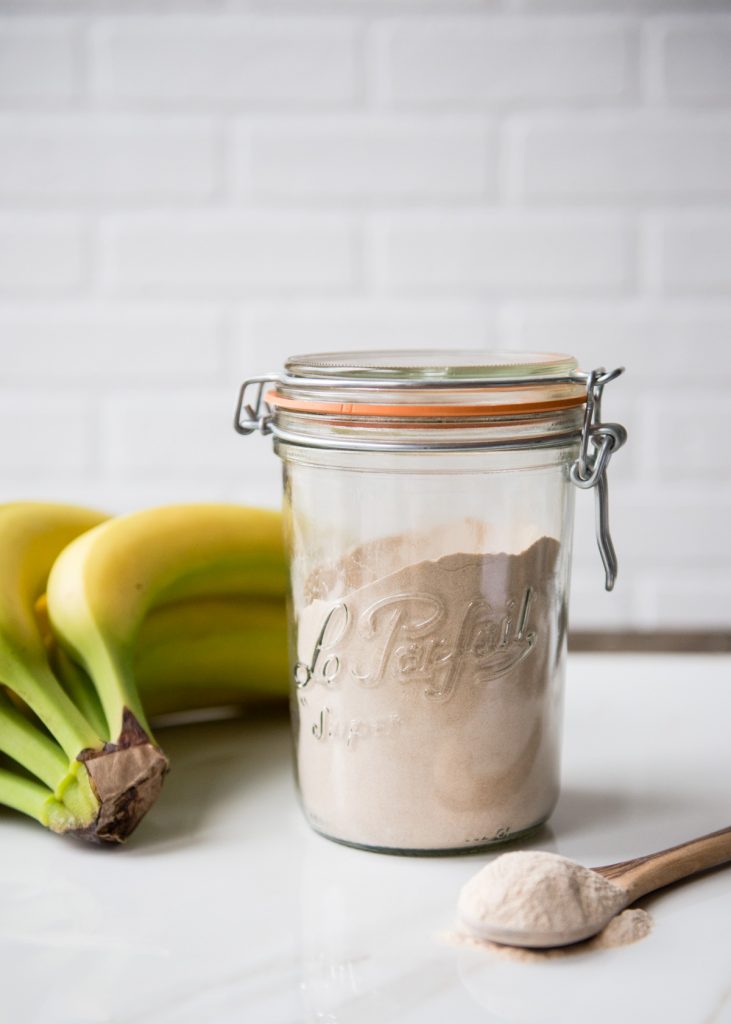 Green banana flour is made from dried, unripe bananas

To use: can be used alone, but similar to coconut flour, banana flour absorbs liquid especially well and is best when combined with other flours, such as almond

Ideal for: sweet baked goods such as cookies, brownies, muffins, and quick breads

Storage tips: store in airtight container in cool, dry place (like a cupboard) 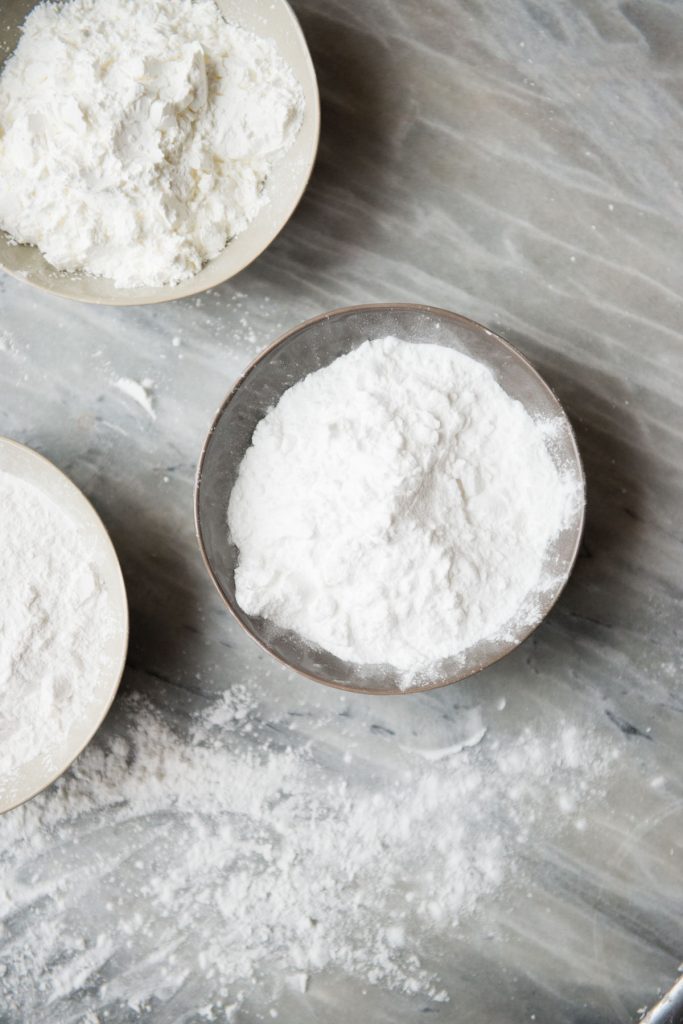 Benefits: good for those with allergies, low fat, adds a chewy texture when used in baking and pizza crusts

To use: Can be used alone or in conjunction with other grain- and gluten-free flours/meals. Great for thickening gravies, sauces, and pie fillings.

Storage tips: store in airtight containers in cool, dry place (like a cupboard)

Extra notes: Tapioca, manioc, yucca, and cassava are all the same plant. The white, powdery starch from these tubers will sometimes be labeled as “flour,” when indeed it is actually the starch. The true manioc flour is made similarly to potato flour (see below) and resembles fine bread crumbs. It is not easily found in North America except in well-stocked ethnic markets, where it will be labeled “manioc flour,” “harina de mandioca cruda,” or “farihna de mandioca.” It is popular in Brazilian cuisine. 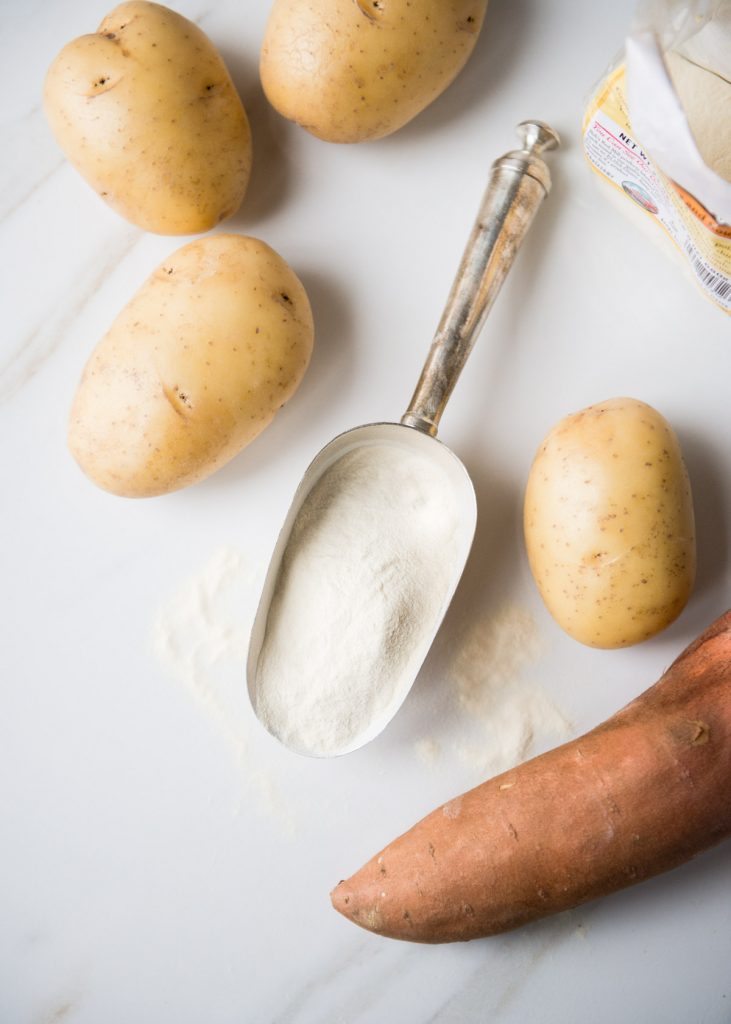 To use: Can be combined with other grain- and gluten-free flours, as well as wheat flour in baked goods. Also great for thickening soups, sauces, and gravies. Manioc flour can also be used as a breading or made into Brazilian Farofa.

Ideal for: combining with other flours for baking

Storage tips: store in a cool, dry place such as a cupboard