Even if you’re new to vegetarian cooking, you’re probably familiar with tofu. You might even know a little bit about tempeh. But seitan? 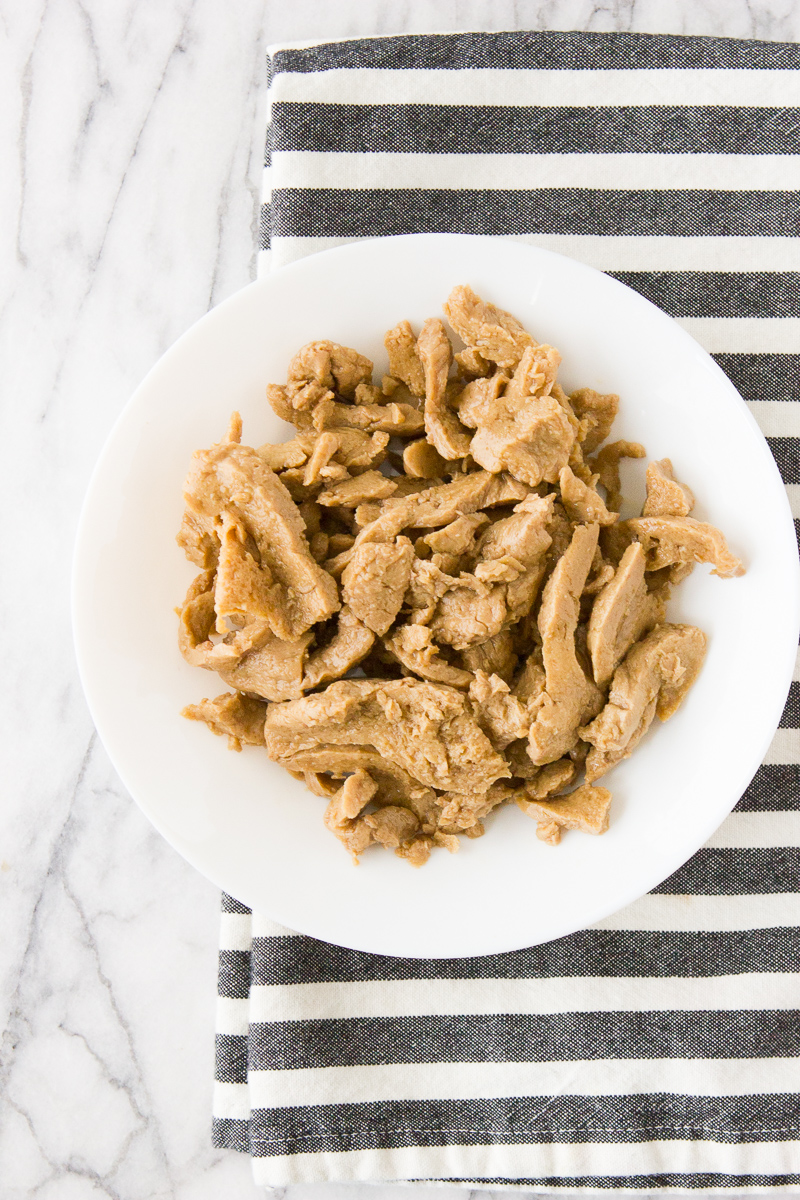 If you’ve ever had mock duck at a Chinese restaurant, you’ve had seitan. Seitan tends to be a little less popular than other plant-based proteins and I’m not quite sure why–it has a chewy texture and savory flavor that makes it a fantastic meat substitute in just about any recipe. Maybe its reputation isn’t helped by the fact that it’s literally a big ol’ slab of wheat gluten, but unless you have celiac disease, that shouldn’t worry you.

Seitan is packed with protein–21 grams in a 1-ounce portion–and despite its wheat-y origins, it’s actually low in carbs too. If you can’t (or don’t want to) eat soy-based products, seitan is a good protein option. 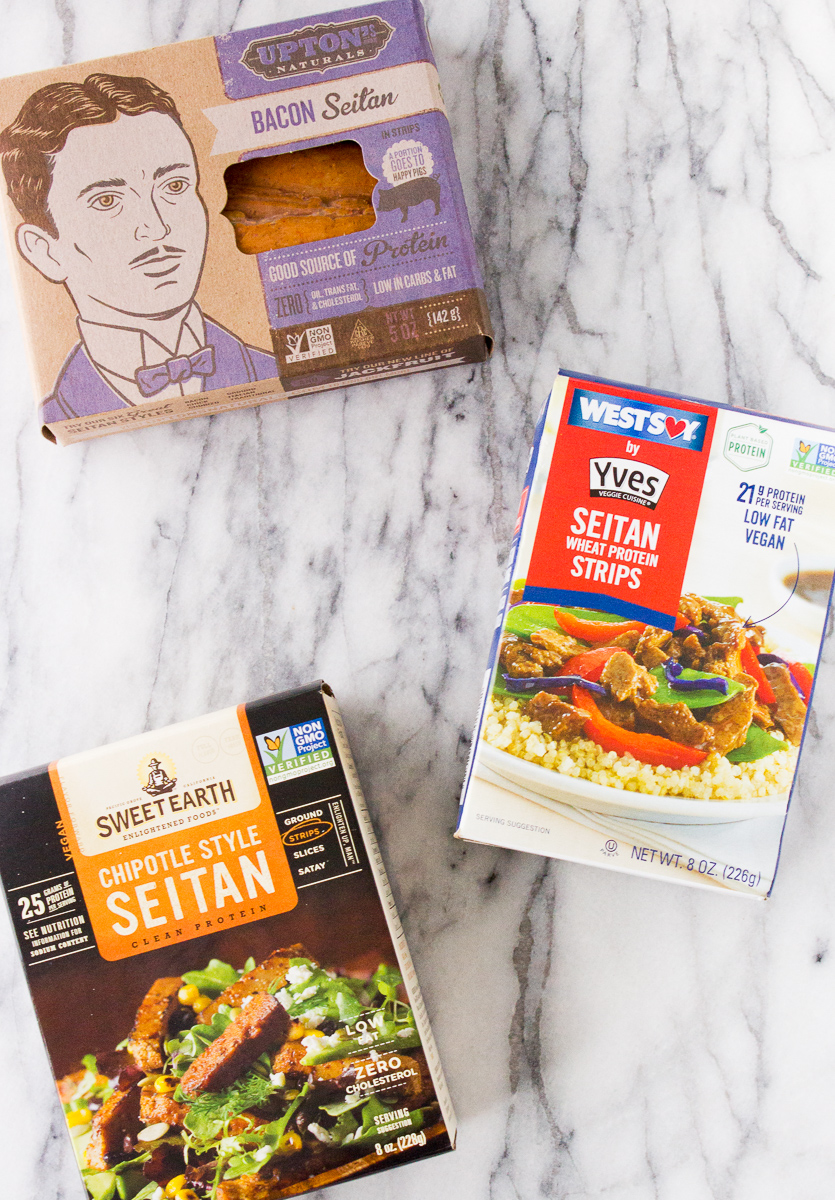 You can make your own seitan at home, but you can find it at most natural food stores too, either on its own, flavored, or as the main ingredient in sausages, lunchmeat, and burgers in the form of vital wheat gluten, which is a powdered form of seitan. 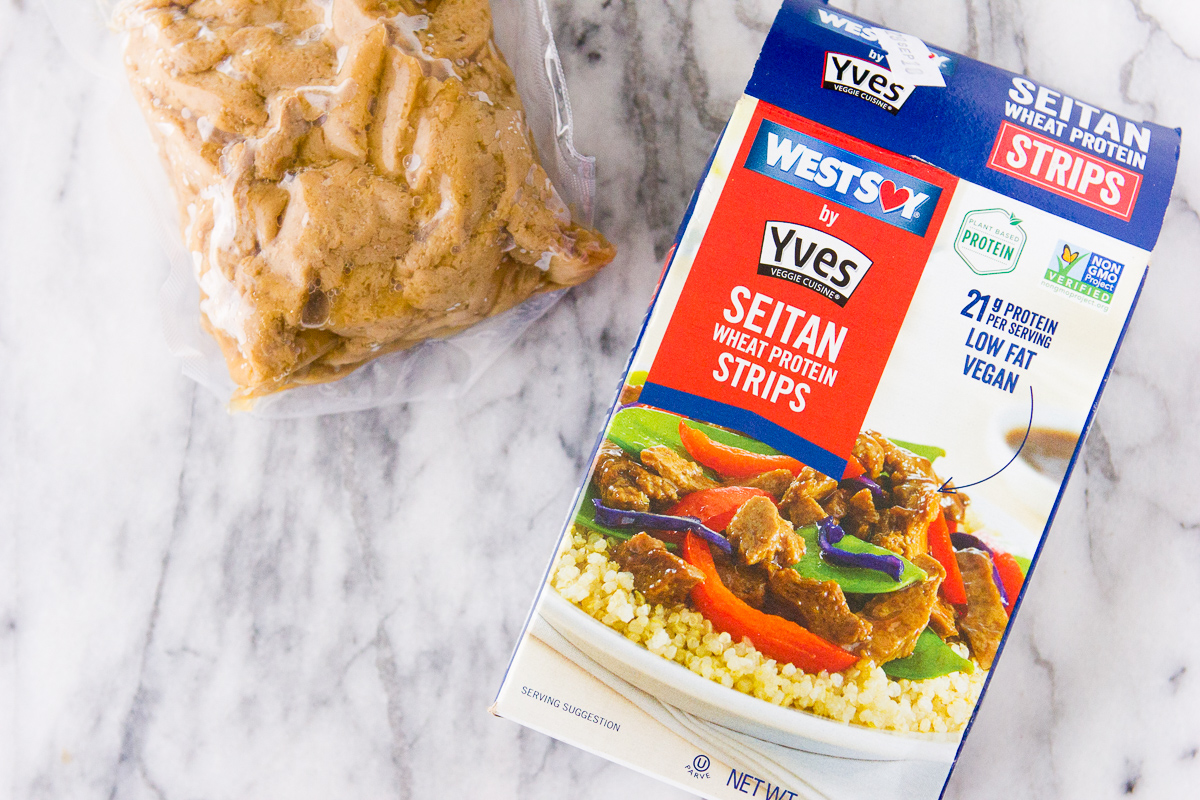 I frequently use seitan as an ounce-for-ounce substitute for chicken in recipes. Seitan doesn’t have to be heated before eating, but I usually brown it in a frying pan with olive oil before adding it to a recipe. Like tofu, it can be sliced, broken into smaller pieces, or crumbled.

Crumbled seitan is great for making a meaty pasta sauce or adding a ground beef-like texture to a pot of chili. Slices and pieces work well in stir-fries, soups and curries. One of my favorite ways to prepare seitan is to brown it in a skillet, stir in a few tablespoons of barbecue sauce, and serve it on buns with homemade slaw for a 5-minute BBQ sandwich. 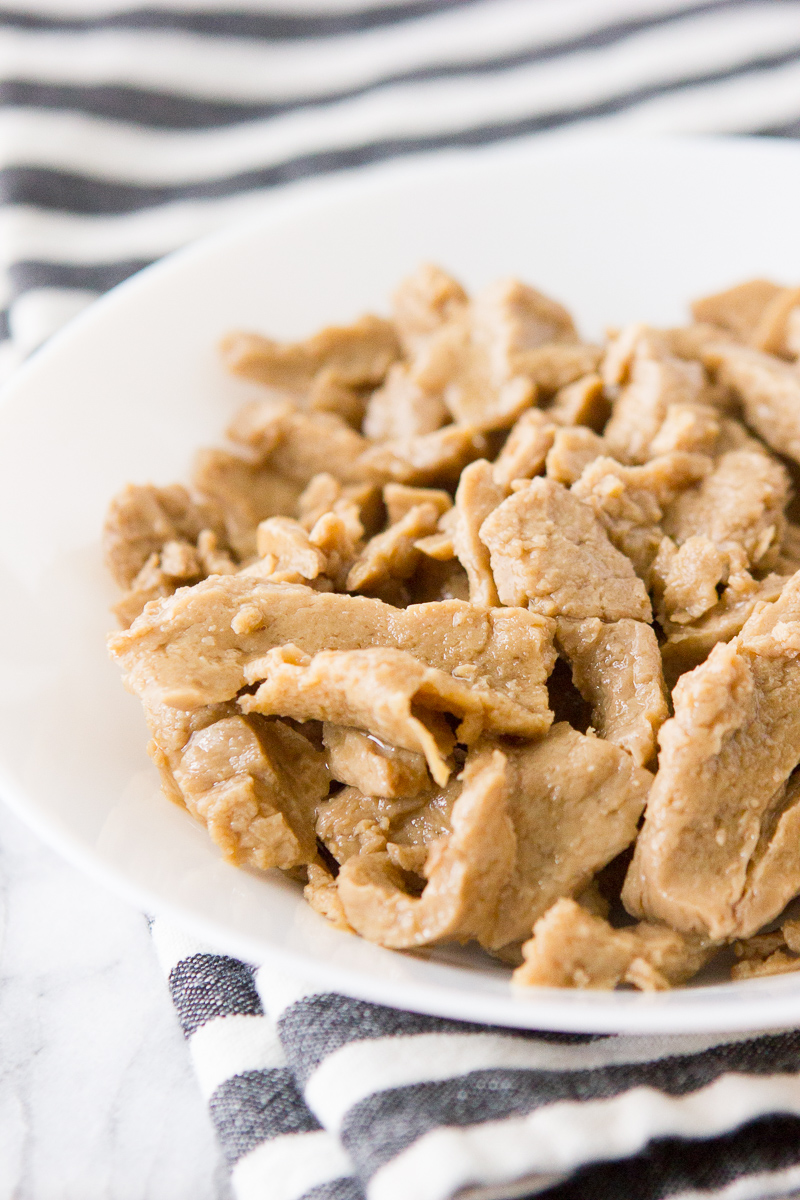 Try Cooking with Seitan in These Recipes