Holidays might be a joyful gathering opportunity, but they can also mean stress and overeating. When January comes, we know we need to return to a healthier lifestyle, with exercise, relaxation, and a diet rich in whole foods and nutrients. This comforting mushroom and barley soup is just what you need to slowly get back on the healthy lifestyle track – it’s rich in protein, packed with minerals, and tastes delicious enough to please the whole family! 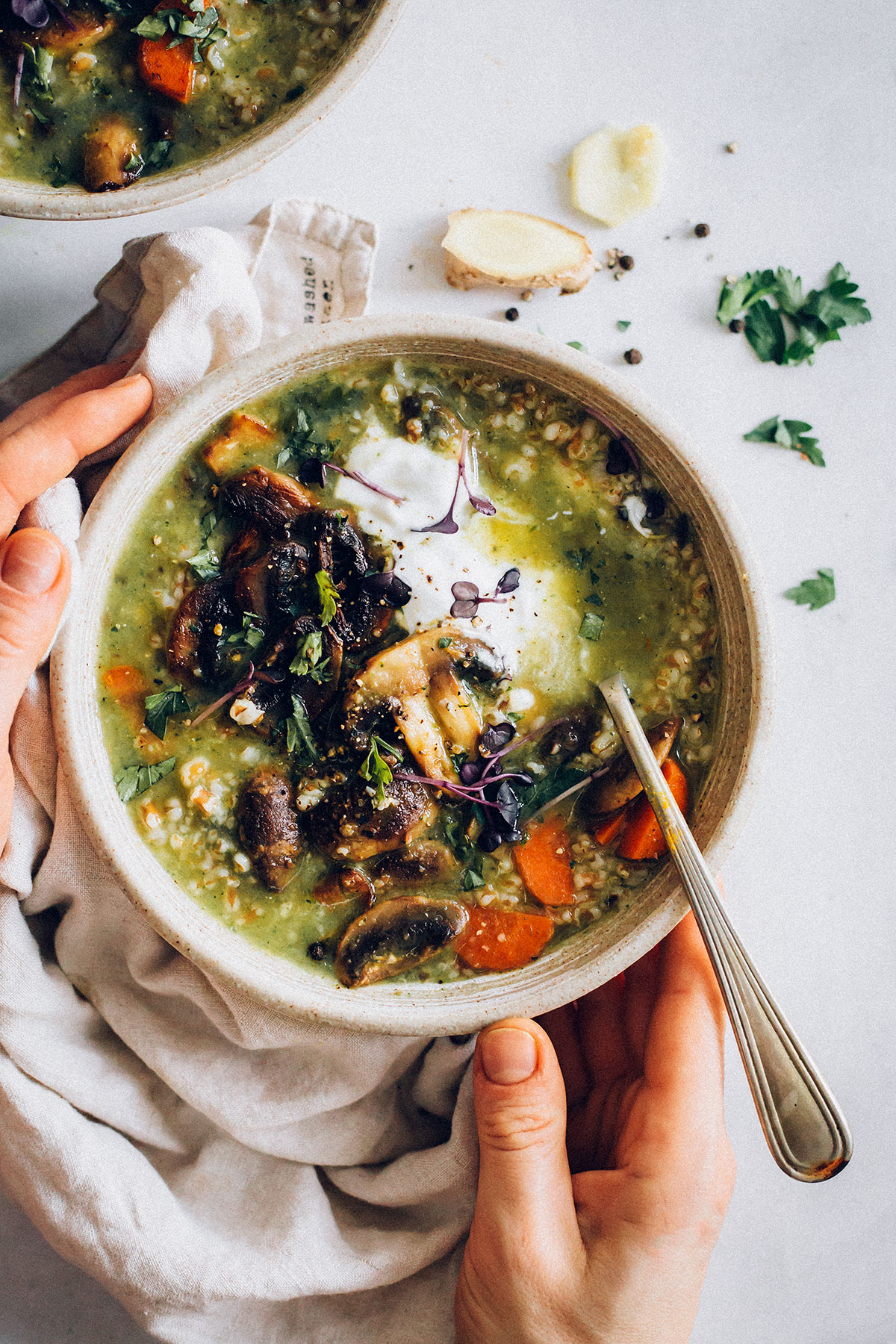 DOES BARLEY NEED TO BE COOKED BEFORE ADDING TO SOUP?

There are two ways to approach a mushroom and barley soup: you can use dried barley and cook it from scratch, but this will increase the making time of the soup, or you can cook the barley whenever you have the time (during your meal prep), and then add it to the soup. We went for the second version and used a batch of barley that we previously cooked in bulk for a risotto. Either way is fine, as long as you follow the cooking instructions from the package. If you have any excess cooking liquid, you don’t throw away, but use it for the soup, because it’s there where the minerals in barley have leaked.

WHAT KIND OF BARLEY DO YOU USE IN SOUP? 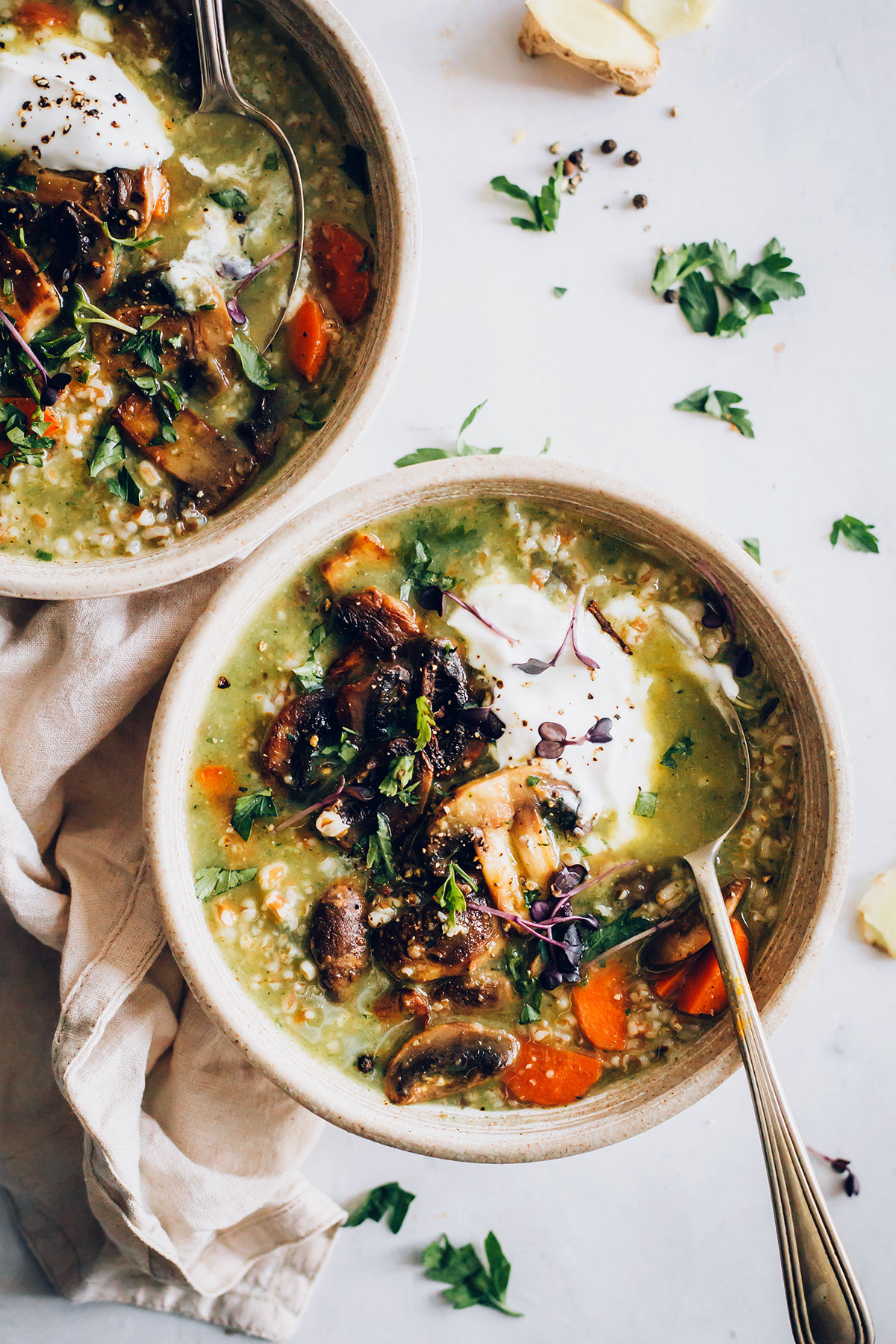 We always recommend using whole foods that haven’t been refined, to get the maximum benefits of nutritional load. This is why we use hulled barley, the whole grain form, in which only the outermost hull has been removed. Hulled barley takes more time to cook (about an hour), but retains most of the minerals and fibre. Pearled barley is softer and takes less time to cook (about 30 minutes), but since its bran layers have been removed, its nutritional values are lower than its whole variety.

HOW TO MAKE MUSHROOM BARLEY SOUP

If you use barley that has been precooked, you can follow the classic steps of making a soup – sauté and simmer all the ingredients. If you are using dried barley, you will need to adjust the timings to accommodate the cooking time for each of the vegetables, just to make sure you don’t get an overcooked mash of veggies and barley. Here are the steps we are taking for making a delicious mushroom barley soup:

Ready to dig into the soup season? Try our Restoring Carrot Soup with Ginger and Miso, our Cream of Broccoli Soup or our Creamy Wild Rice and Portobello Soup. 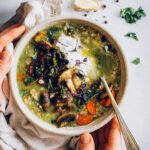 Loaded with protein, fibre and minerals, this easy vegan mushroom barley soup is comforting and cleansing, making a great meal after a stressful period.