When it comes to grilling, some vegetables are better than others. Zucchini? Yes! Portobello mushrooms? Of course! Greens? Yup, even greens! 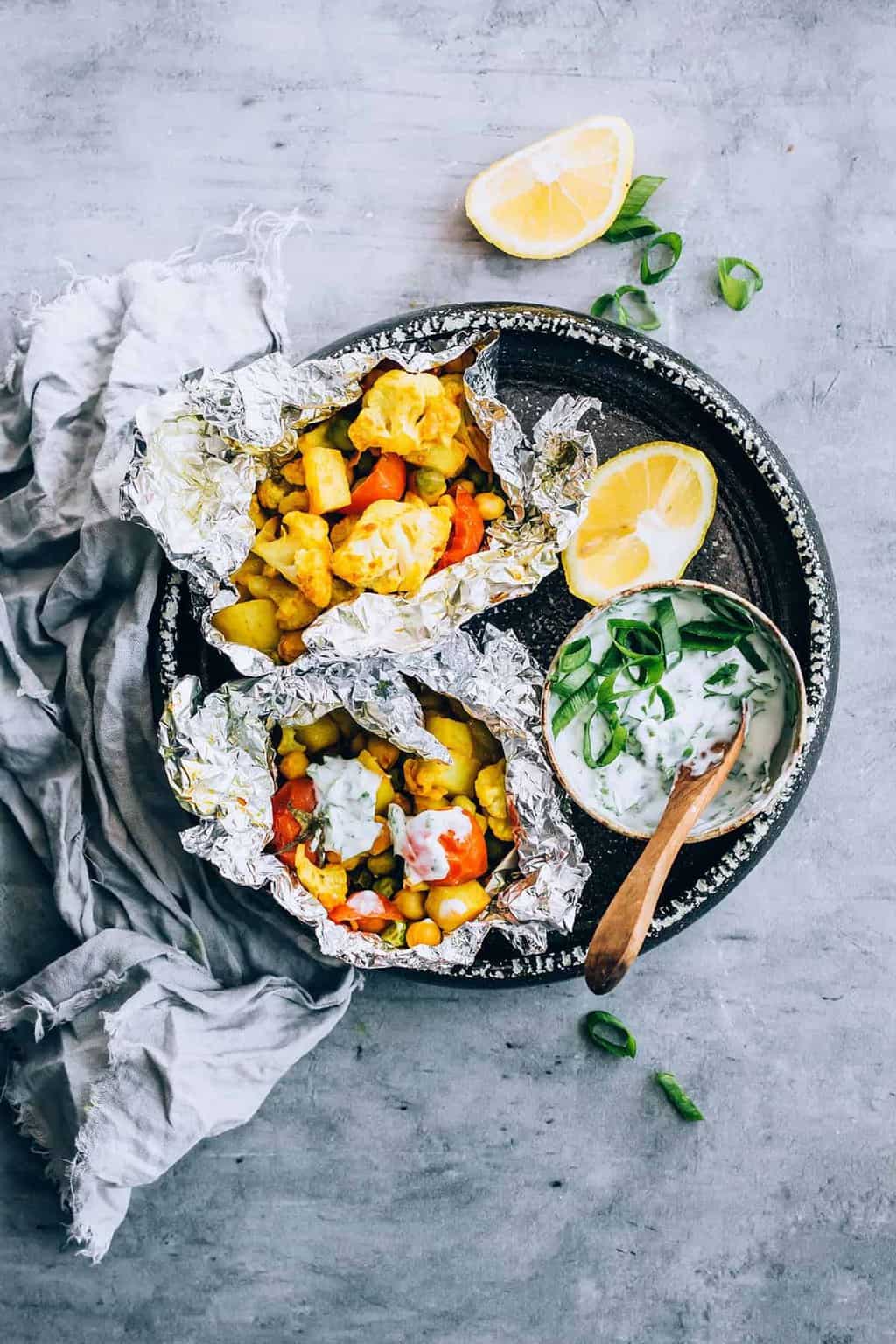 Other veggies just aren’t as conducive to the grill, but in those cases, foil packets are the great equalizer. Or something like that.

If you haven’t made them before, it’s simple: just put an assortment of vegetables and seasonings on a sheet of foil, fold it up, and pop the packets on the grill. It’s the perfect method for grilling anything that would fall between the grill grates, that’s too small for a skewer, or that needs a little steam to tenderize, like cauliflower.

The other thing that makes packets great is that if you’re attending a barbecue where there’s meat on the grill, you don’t have to worry about little bits and drippings getting on your vegetables. (That grosses me out!) And if you’re planning a camping trip this summer? You can totally do veggie packets on the campfire too! 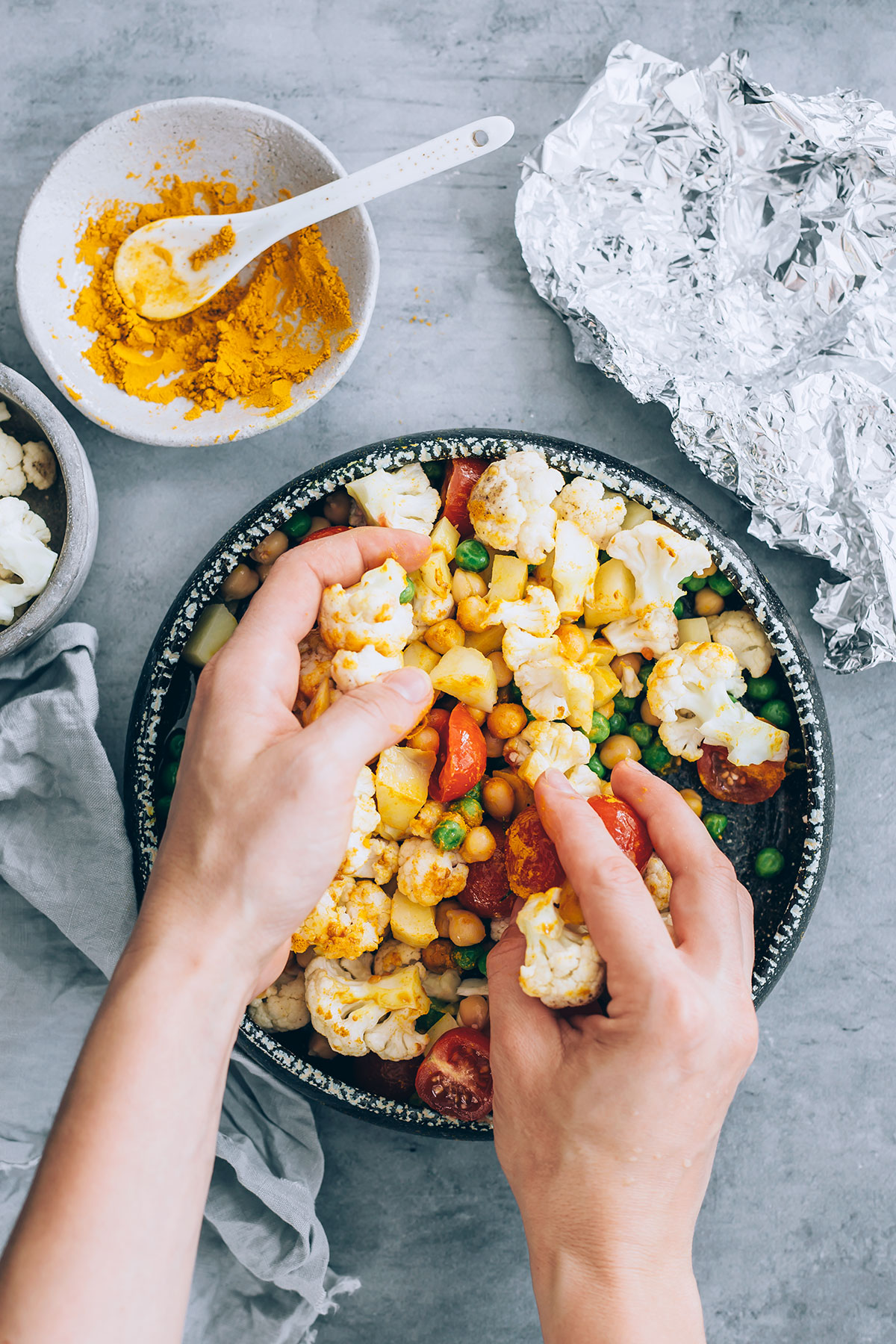 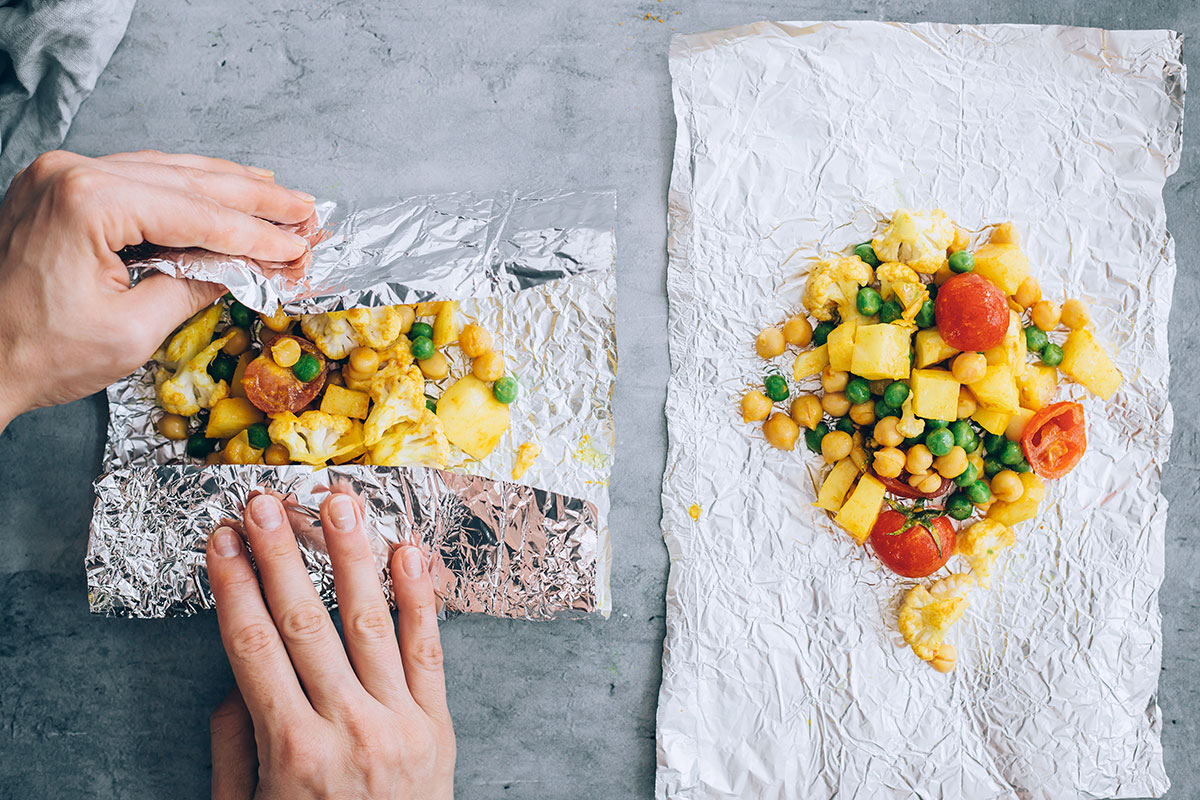 This recipe is from Jackie Sobon’s Vegan Yack Attack On the Go: Plant-Based Recipes for Your Fast-Paced Vegan Lifestyle. Jackie’s blog is one of my faves, so naturally I am digging her latest cookbook too–and I totally appreciate that all the recipes are either make-ahead, quick and easy, or portable. Sometimes all three!

We’re sharing Jackie’s recipe for Blueberry Zucchini Breakfast Cookies on Hello Glow today. Some of my other must-make recipes from the book include the Teriyaki Mushroom Jerky, Sheet Pan Squash Tacos, and Beer Can Pulled Cabbage. There are recipes for breakfast, snacks, lunches, dinners, desserts, and everything in between–and they’re all recipes that rely heavily on natural, whole-food ingredients. This is a book that belongs in every plant-based kitchen. 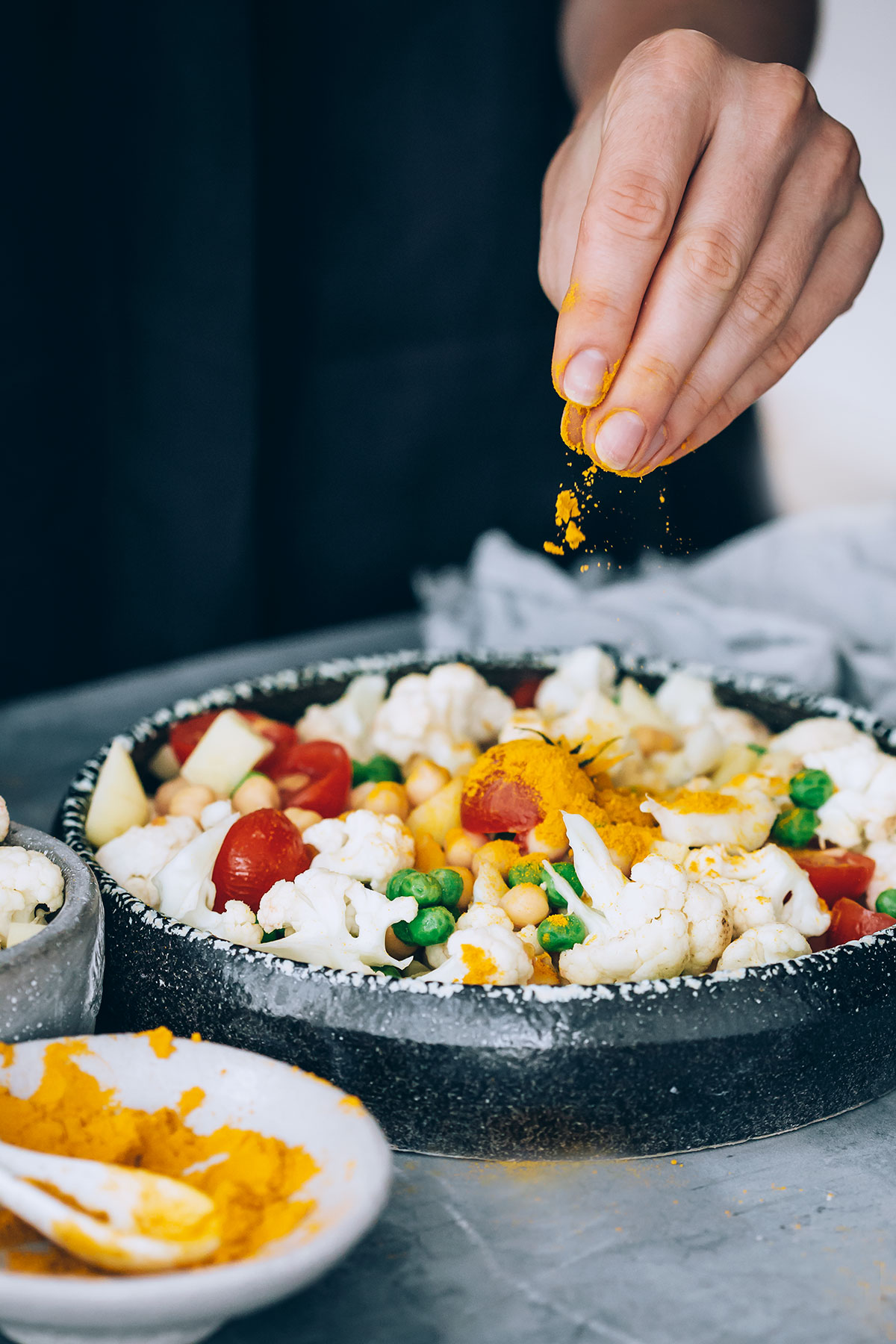 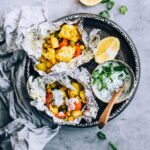 Reprinted with permission from Vegan Yack Attack On the Go by Jackie Sobon.

For the yogurt sauce:

For the curry cauliflower:

To make the yogurt sauce:

To make the curry cauliflower:

Tip: Try preparing these the night before you go to a cookout or picnic, so that the flavors really get to marinate, and you won't have to worry about it the day of! Note: For higher protein content, substitute the chickpeas with 14 ounces (400 g) extra-firm tofu, diced.