After studying abroad in Florence during college, I find that I often look for ways to incorporate bits of the Italian palette into my everyday meals. Part of this is nostalgic– I miss eating gelato along the Arno and the dinners on my host parents’ hidden terrace. But the other part is simply taste and the Italian tendency to make do with what you have while letting the ingredients shine on their own. Enter: panzanella. 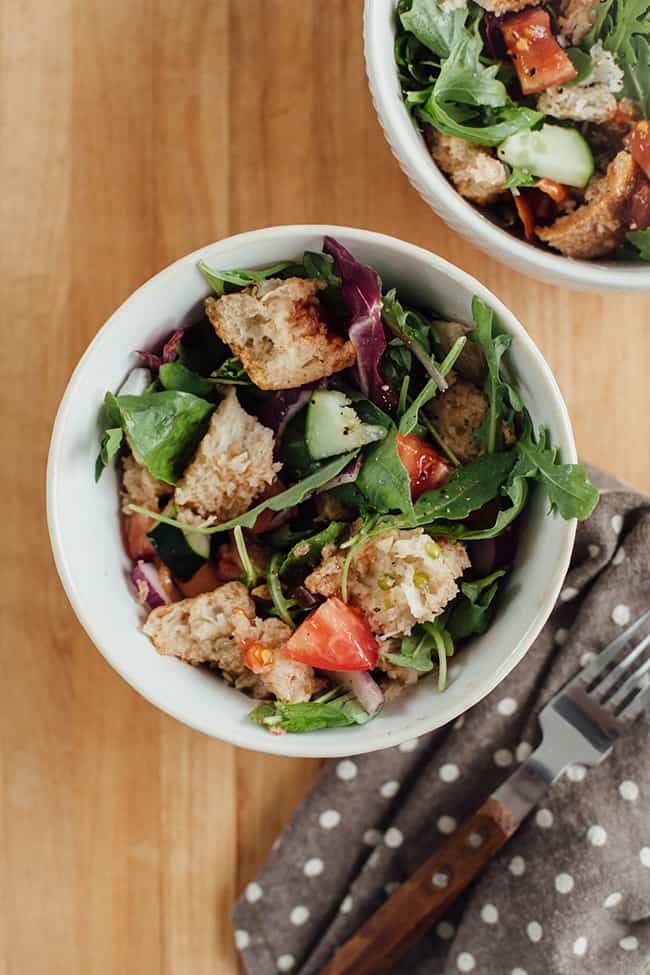 Panzanella is traditionally made with bread that’s gone stale. Instead of feeding it to the ducks or making another bread pudding, panzanella is a surprisingly summery way to revive that bread for one more go. And with tomato season just around the corner, this dish transports me back to those Italian summer nights.

Although panzanella is typically made with more bread that anything else, I found that adding kale transforms the dish into a light and crispy yet filling salad. The mix of baby greens give a soft bite to break up the density of the bread and create a lighter take on an ordinarily carb-heavy dish. Not that there’s anything wrong with carbs (we did find a way to eat stale bread, after all). Here’s how to make this easy recipe: 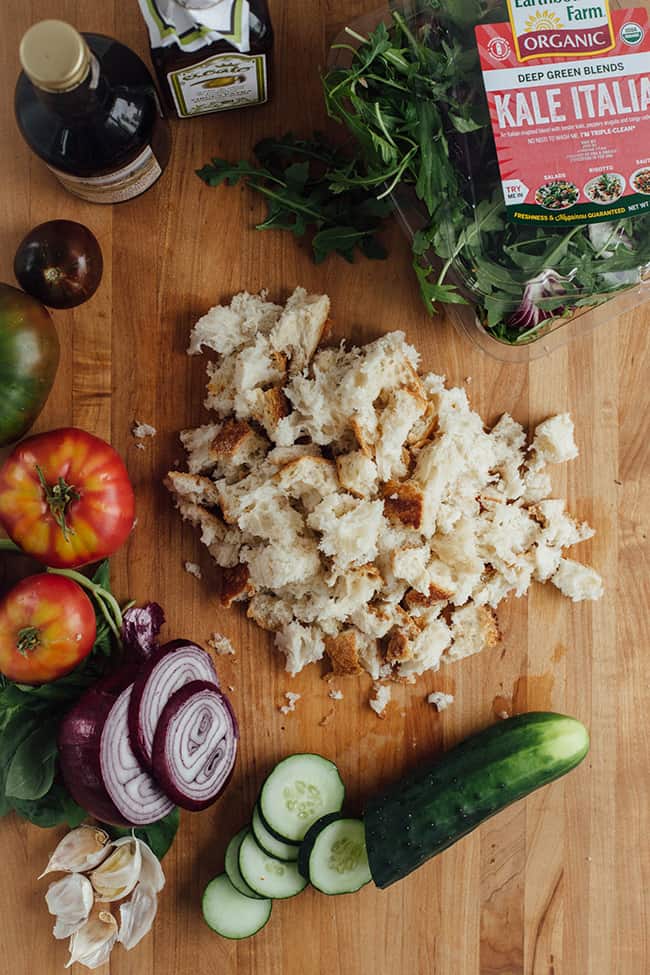 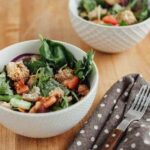