Before having kids, I was always up for cooking an elaborate meal. Even after an 8 hour work day, I didn’t mind spending an hour or more on dinner and my husband and I didn’t mind eating late if we had to. Kids change everything, though, and these Veggie & Pepper Jack Quesadillas are one of those meals that manages to please picky palates and parents at the same time–and they’re done in under 30 minutes too! 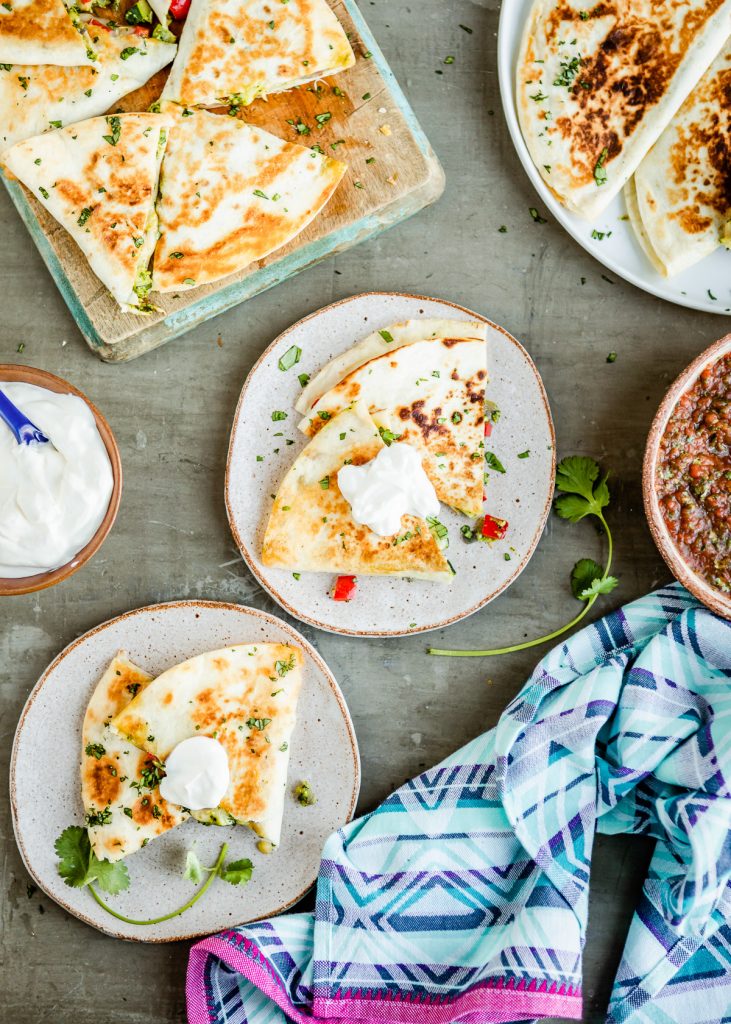 Quesadillas are one of my go-to dinners because I know my 3-year-old will eat them. Normally not much of a vegetable eater, she somehow doesn’t mind them when they’re in quesadillas. (I’m guessing it’s all that cheese?) While I went with zucchini, bell peppers, and red onions, you can swap in your kids’ favorites–mushrooms, sliced snap peas and other spring vegetables, even shredded carrots will work! 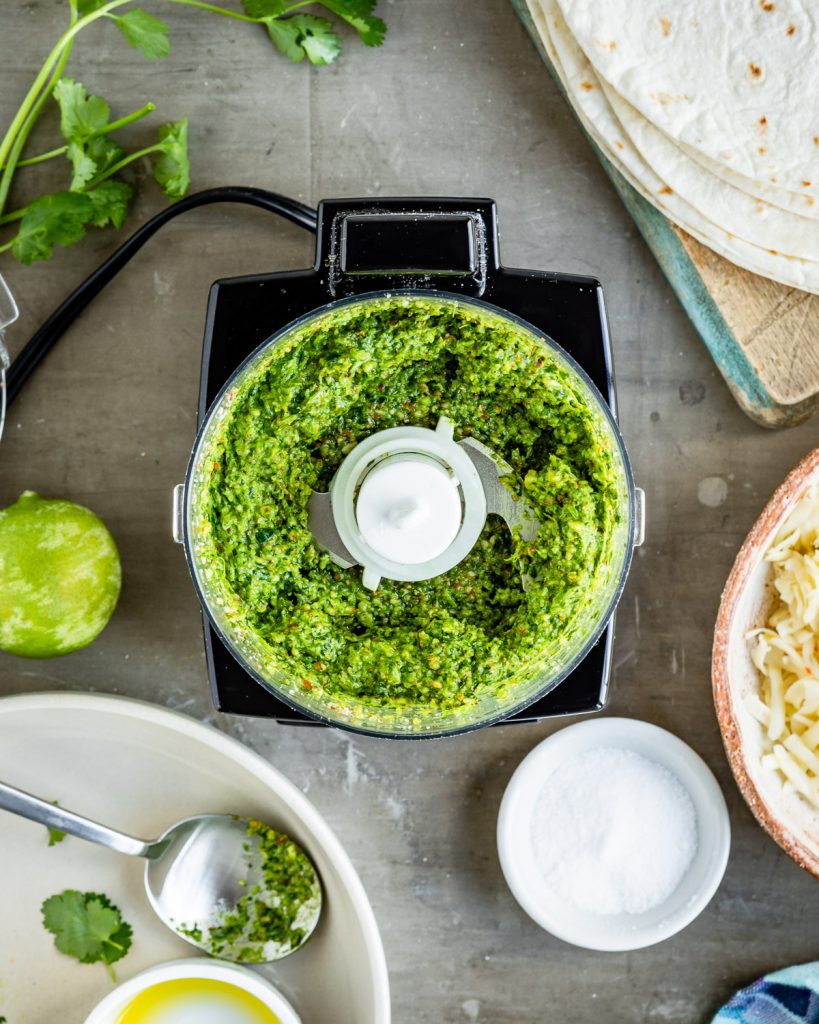 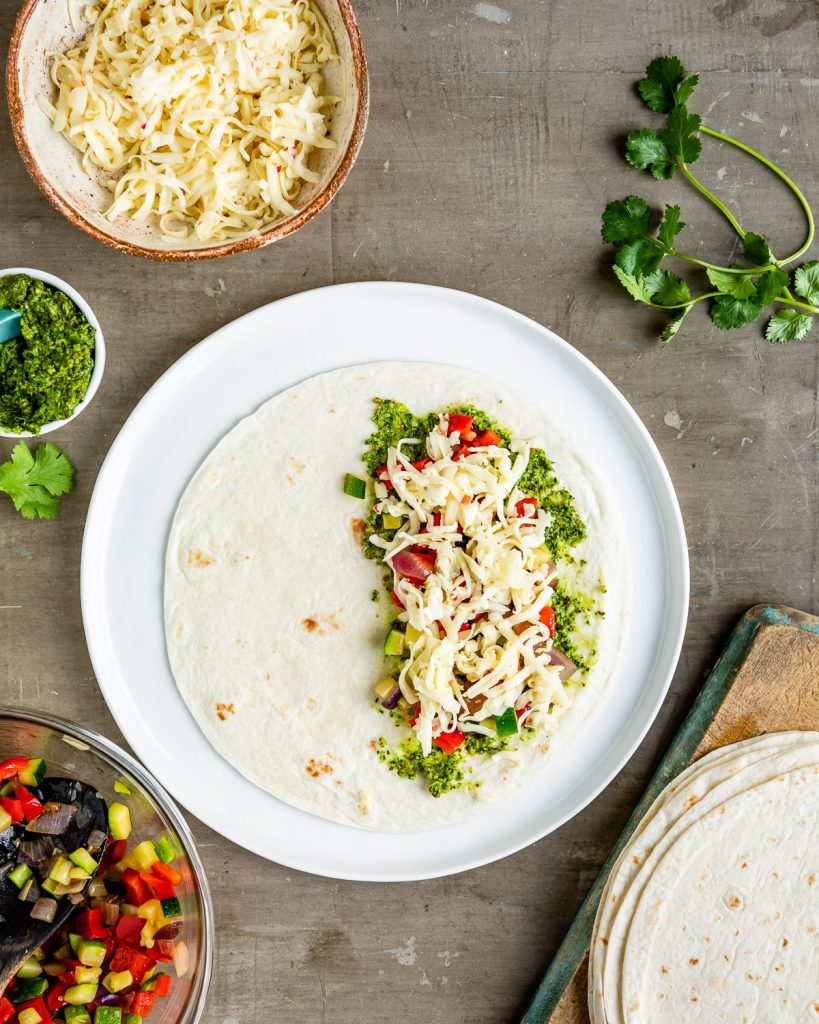 What makes these Veggie & Pepper Jack Quesadillas next level is the addition of Cilantro-Lime Pesto. It’s a cinch to whip up and the tangy, herbaceous flavor it adds is so worth the extra 5 minutes or so of prep time. If you like things on the spicy side, add a small jalapeño to the pesto or a pinch or two of red pepper flakes. 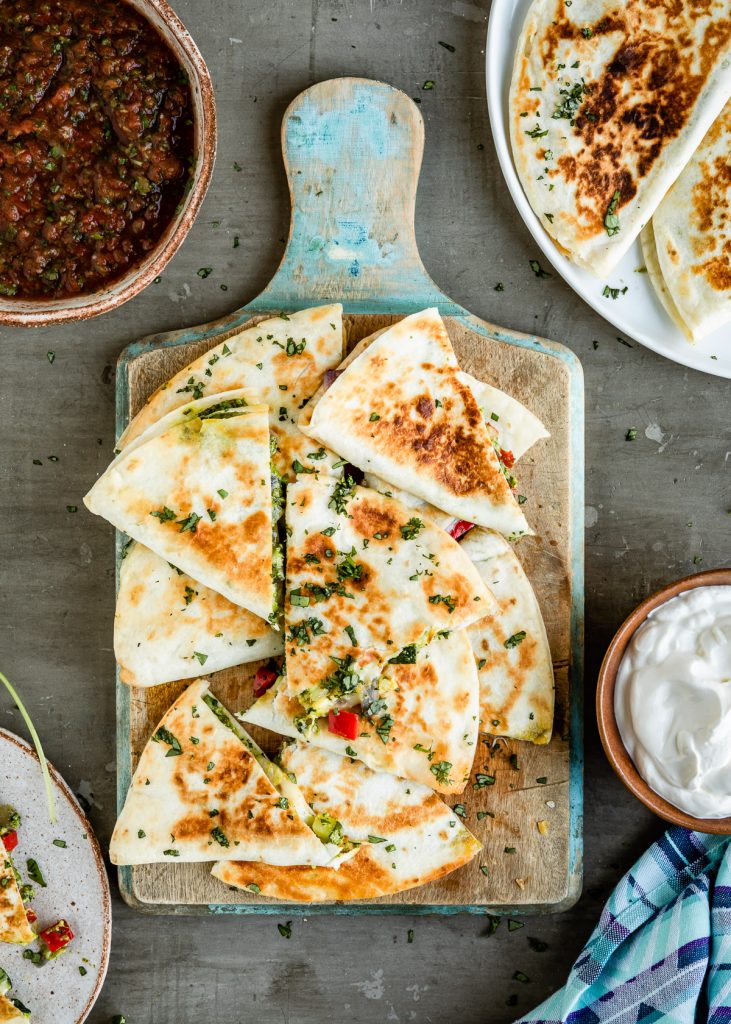 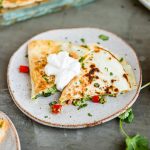 A kid-friendly dinner that adults will love too - and it's done in under 30 minutes!

For the Cilantro-Lime Pesto:

To make the pesto:

To make the quesadillas: