If I had to choose one favorite summer food, it would definitely be corn. Give me all! the! corn! It might not be as pretty as heirloom tomatoes or as versatile as fresh peaches, but it’s one of those rare foods that’s either unavailable or disappointing when you buy it any other time of year. So when it’s summertime, it’s always my mission to work corn into as many meals as I can. 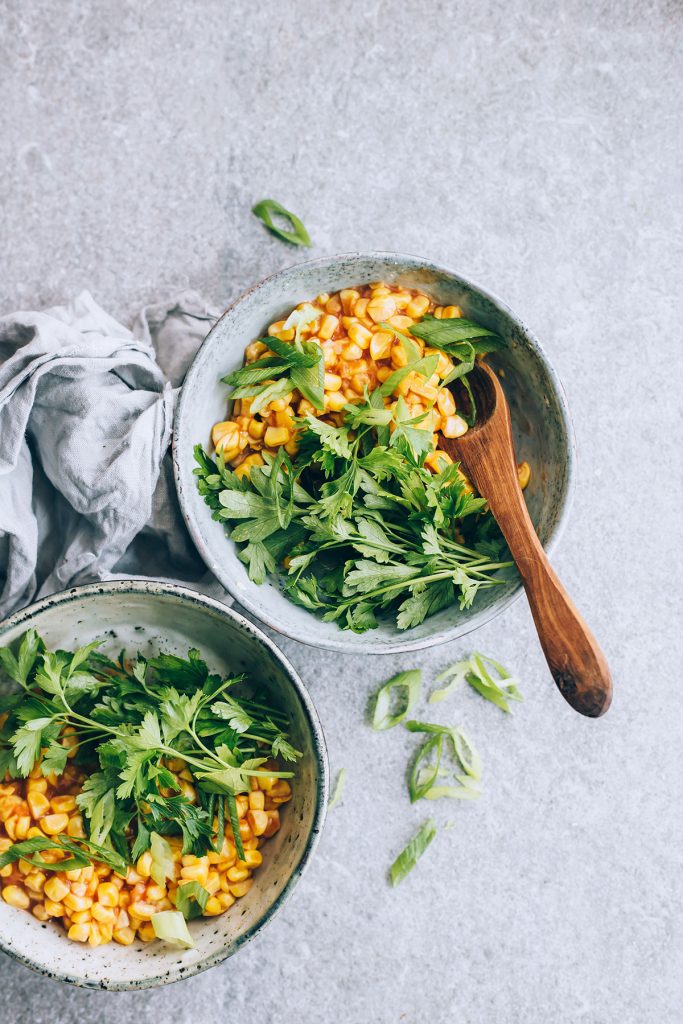 I used to make a version of this Coconut Milk Corn for my daughter and it’s a recipe that grew with her–first, as a creamy puree, then with a bit more chunks, similar to creamed corn, mashed just a bit with a fork, and then finally served to her as pictured here. I wanted her to learn to enjoy summer sweet corn as much as I do! 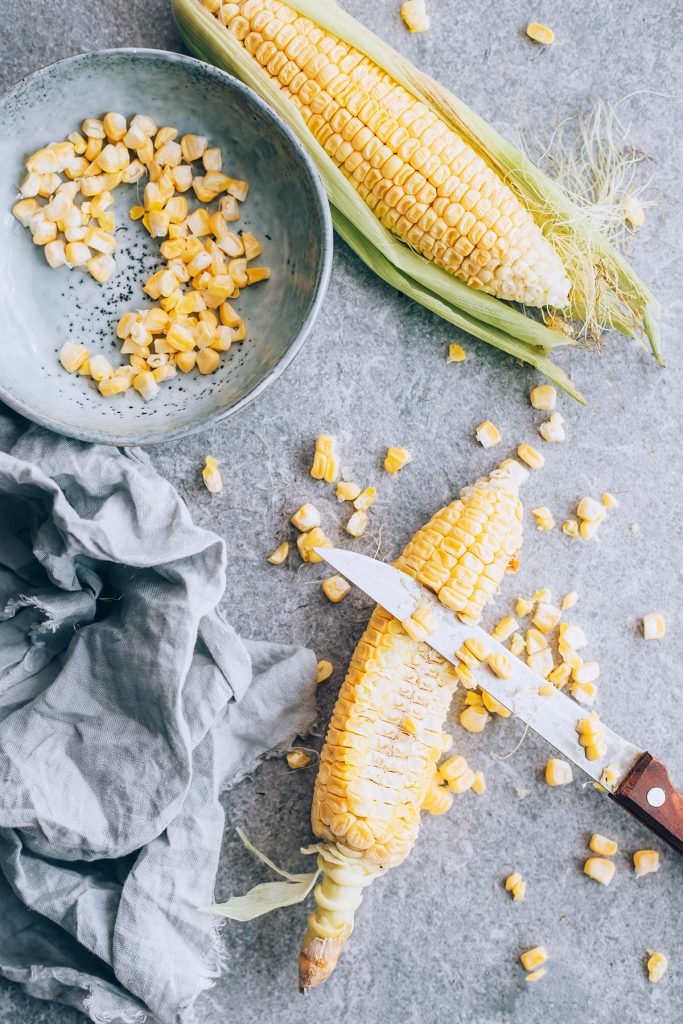 What makes this sautéed corn dish special is the coconut milk. It adds a richness and flavor that’s just incomparable, and when it caramelizes with the corn, you get a slightly nutty flavor too. To balance the sweetness, I like to add a teaspoon or two of sriracha, but if you’re making this for kiddos or if you prefer less heat, feel free to skip it or go a bit lighter.

While I usually add cilantro to this Coconut Milk Corn recipe, I’ve also made it with fresh basil and mint, so if you’re not a cilantro fan, you have options! 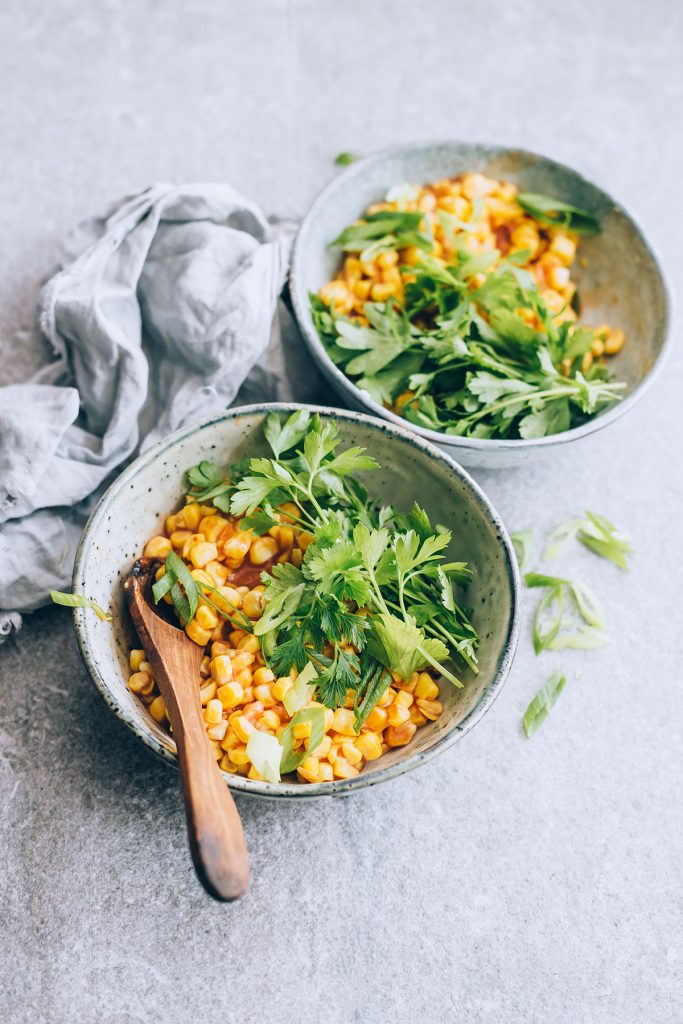 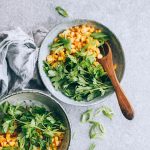 A fragrant, sweet-and-spicy side dish made with fresh summer corn.

For more of a creamed corn texture, puree half of the corn kernels with the coconut milk; add this mixture to the skillet with the rest of the corn, soy sauce, and sriracha. Cook only until warmed through, then stir in the cilantro and season with salt.