Confession: I have never had an authentic muffuletta before, so you might give this vegetarian muffuletta recipe the side eye. But while I can’t attest to its closeness to the original, I can assure you that it’s a pretty darn good sandwich. It’s got the tangy, salty olive salad, the cheese, and instead of meat, we’re substituting a grilled portobello mushroom. 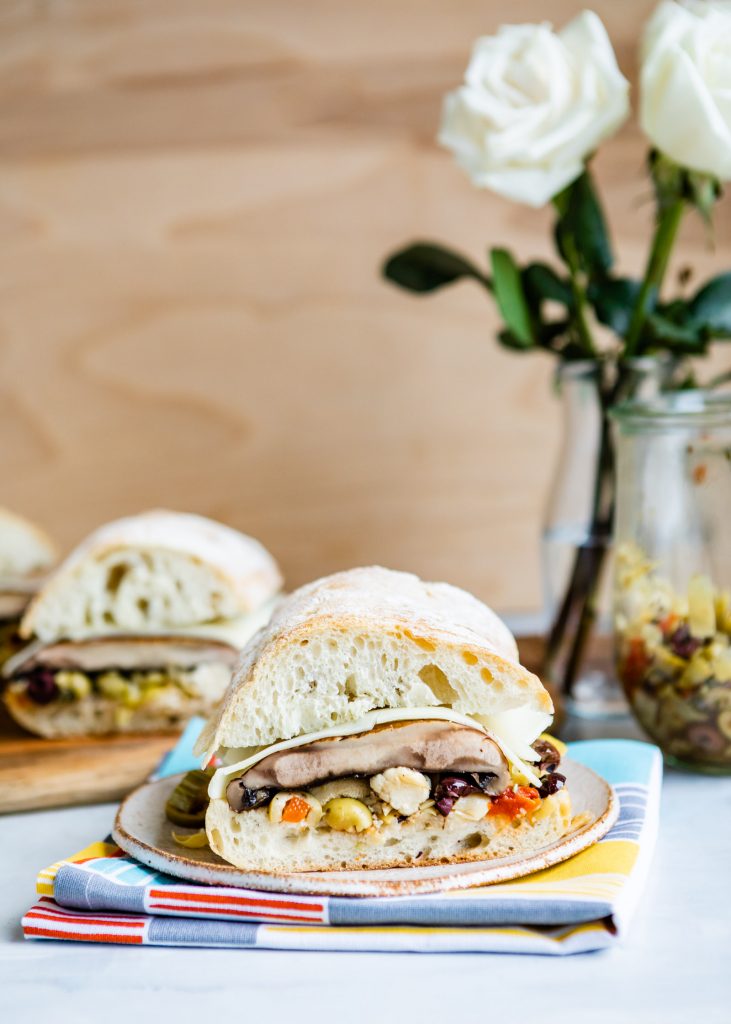 I was inspired to create this recipe because I used to always order the Vegetarian Muffuletta sandwich at Cosi. I loved that sandwich! I loved Cosi! But then they stopped selling the sandwich, which was a total bummer. Dangit, vegetarians want more options than tomatoes and mozzarella! (That goes for you too, Panera.) 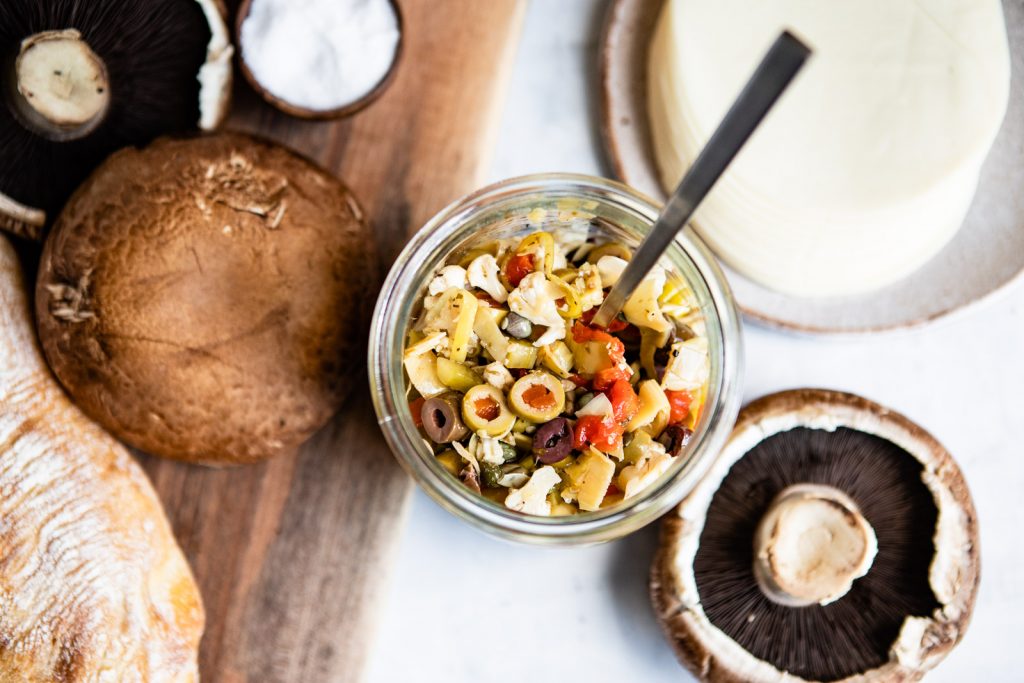 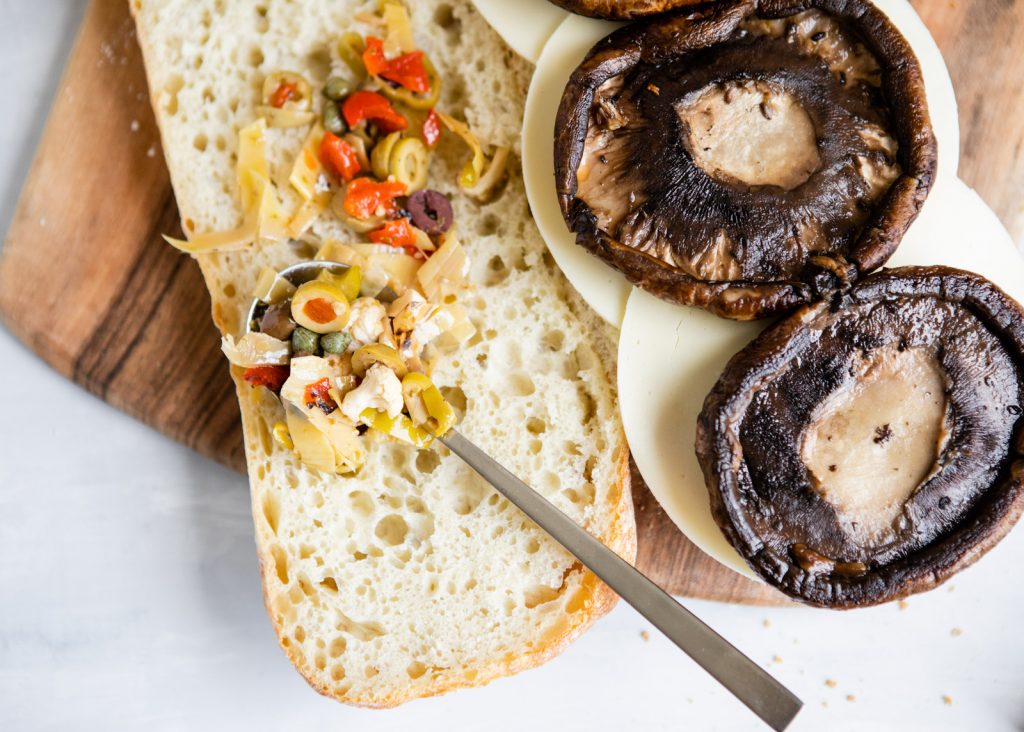 So anyway, here we are. The classic muffuletta sold in New Orleans is on a big round loaf of bread; because this isn’t particularly easy to find, I use ciabatta. But the olive salad is what really sets the muffuletta apart from other sandwiches. In addition to the olives, you’ve got cauliflower, artichoke hearts, roasted red peppers, celery, pepperoncini and capers. It’s all tossed together and left to marinate in an herbed red wine vinaigrette.

Muffulettas are typically served cold, but since the mushrooms are grilled in this one, you can totally serve them warm too. They’ll keep in the fridge for a day, so they’re perfect for making in advance for a summer picnic. 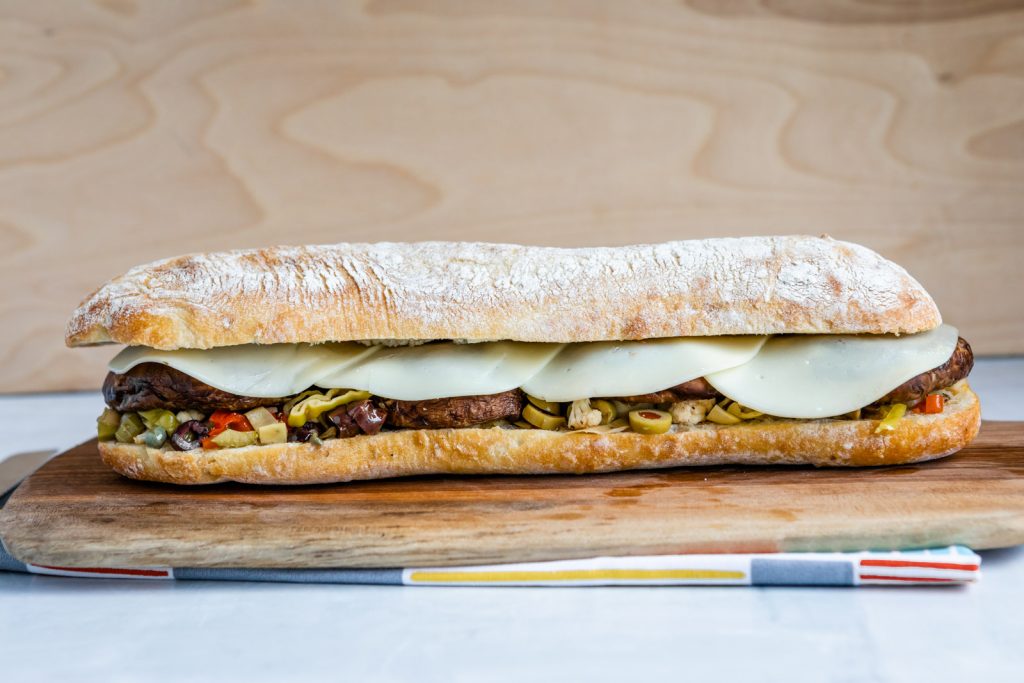 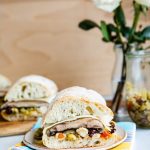 We swapped the meat for grilled portobello mushrooms in this vegetarian version of the classic muffuletta sandwich.

For the olive salad:

To make the olive salad:

To make the sandwiches:

The amount of cheese can be doubled if that's your thing. And if you don't have time to let the salad marinate for a day, a few hours will work in a pinch.