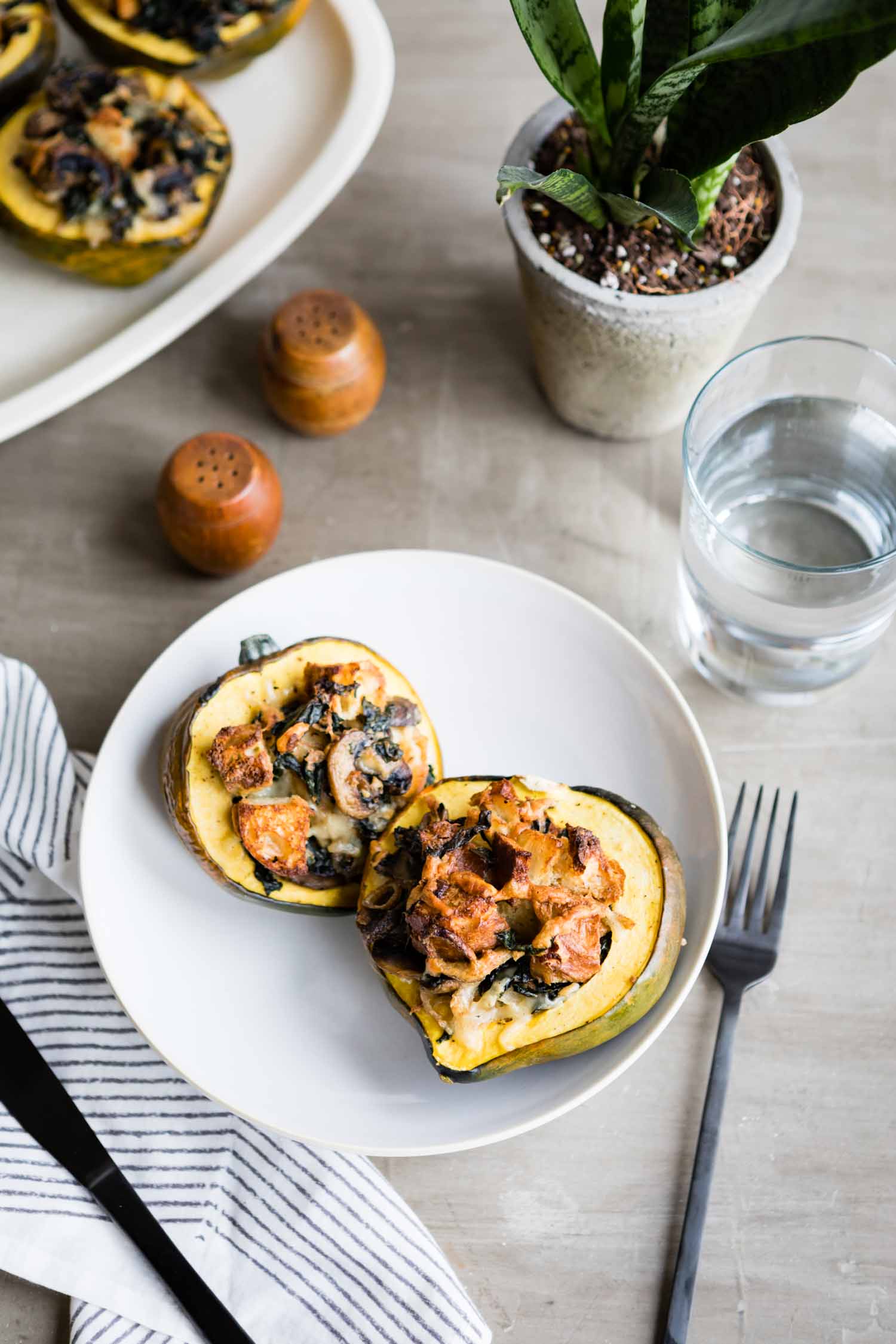 We might be ready for spring, but the abundance of tubers and root vegetables and squash at the grocery store is a sure sign that winter is going to stick around a little bit longer. Just before a shift in seasons, I always like to have a last hurrah with some of my favorite seasonal fruits and vegetables. 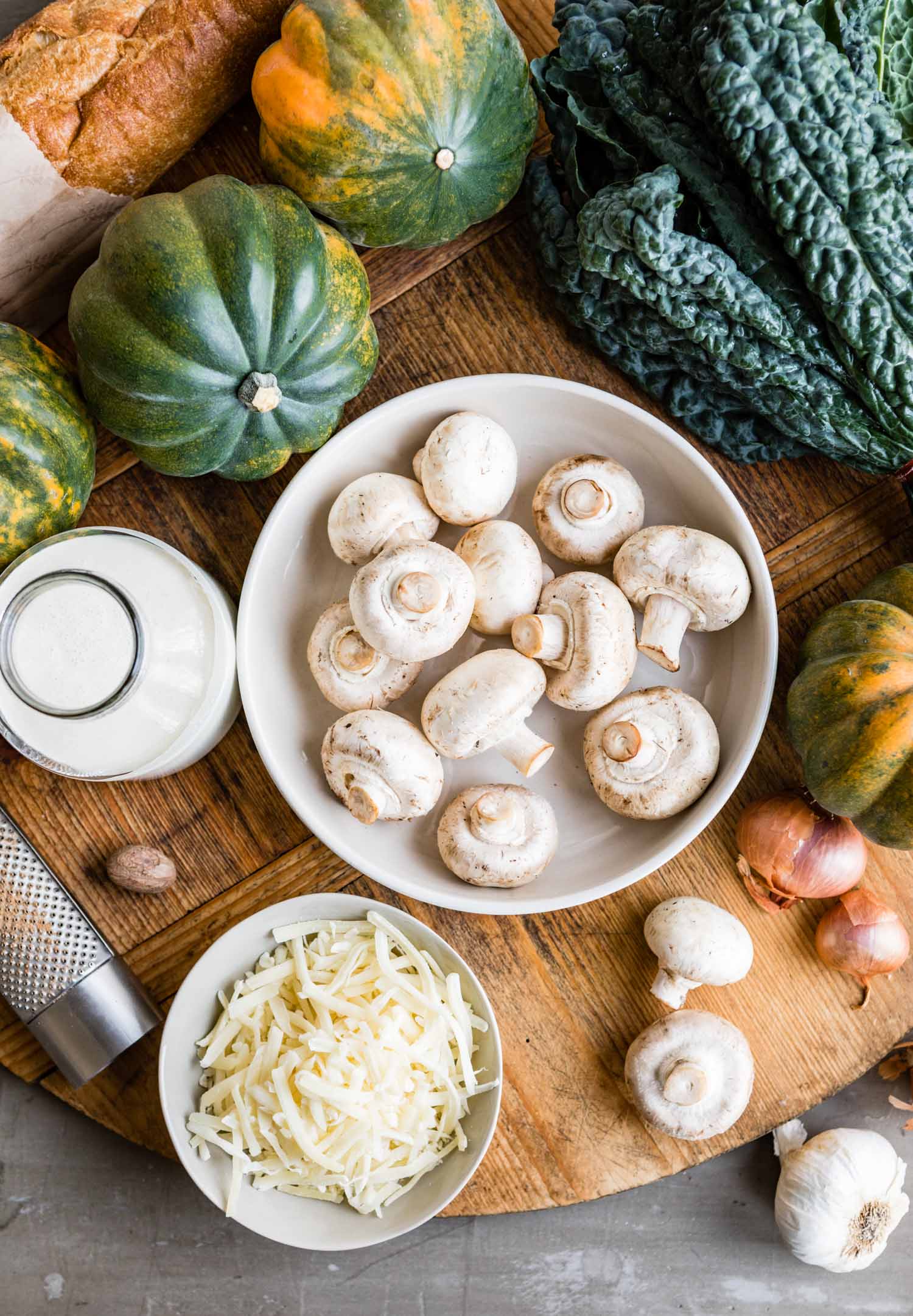 So today, let’s celebrate acorn squash. And the best use for it: filling it with delicious stuff. Acorn squash has such a mild flavor on its own, but its size, hollowness, and sturdiness make it ideal for stuffing. 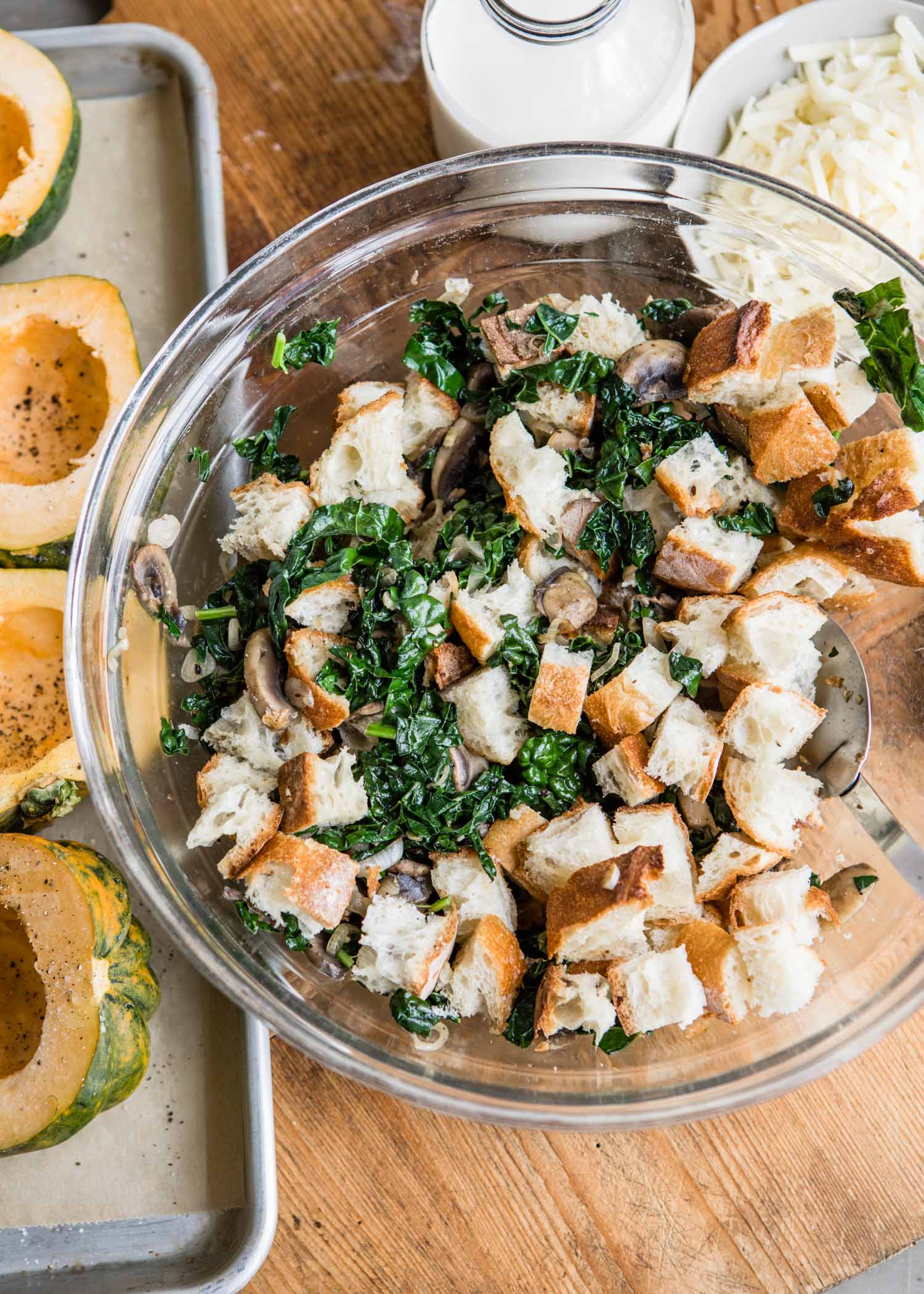 This recipe is loosely based on the famous Pumpkin Stuffed with Everything Good from Dorie Greenspan. It’s often served for Thanksgiving, but this version is just as suited for a weekend dinner–or even a weeknight, if you do some advance prep work.

The main difference between this Stuffed Acorn Squash and Dorie’s recipe is the lack of bacon and addition of kale. But don’t let that swap fool you! This recipe is still totally indulgent, with plenty of bread, cheese, and cream. It’s a little bit like a squash filled with strata or savory bread pudding. 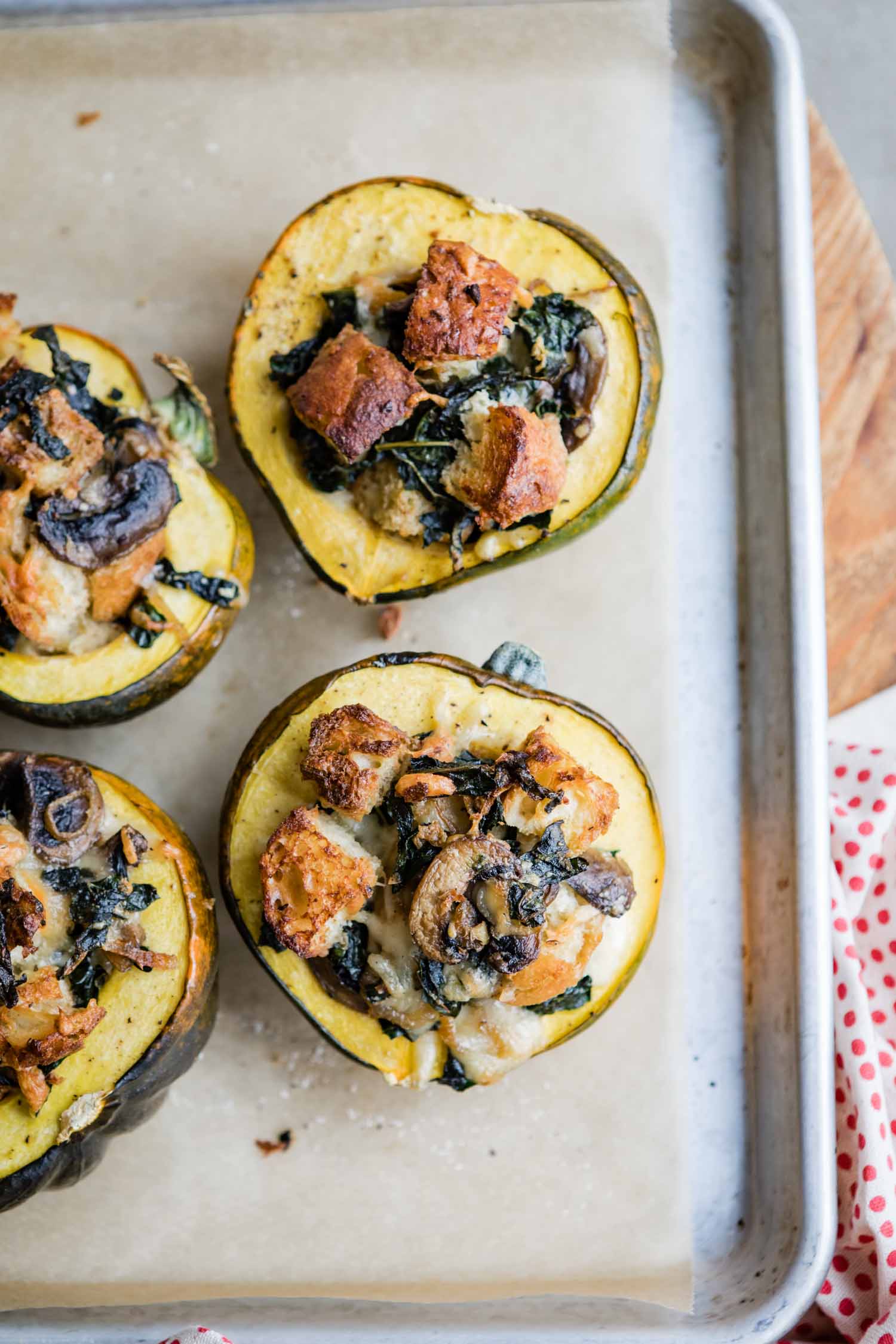 After developing this recipe, Lindsey photographed it and came up with the idea to cut the acorn squash in half rather than cutting the top off like a pumpkin and stuffing the squash upright. This makes prepping and portioning the squash even easier. And this is also why it’s nice to have a photographer to test your recipes! 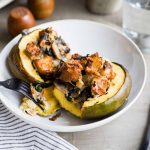 Acorn Squash Stuffed with Everything Good

A vegetarian version of Dorie Greenspan's Pumpkin Stuffed with Everything Good.

To get a head start on prep work, prepare the squash and sauté the vegetables up to a day in advance. 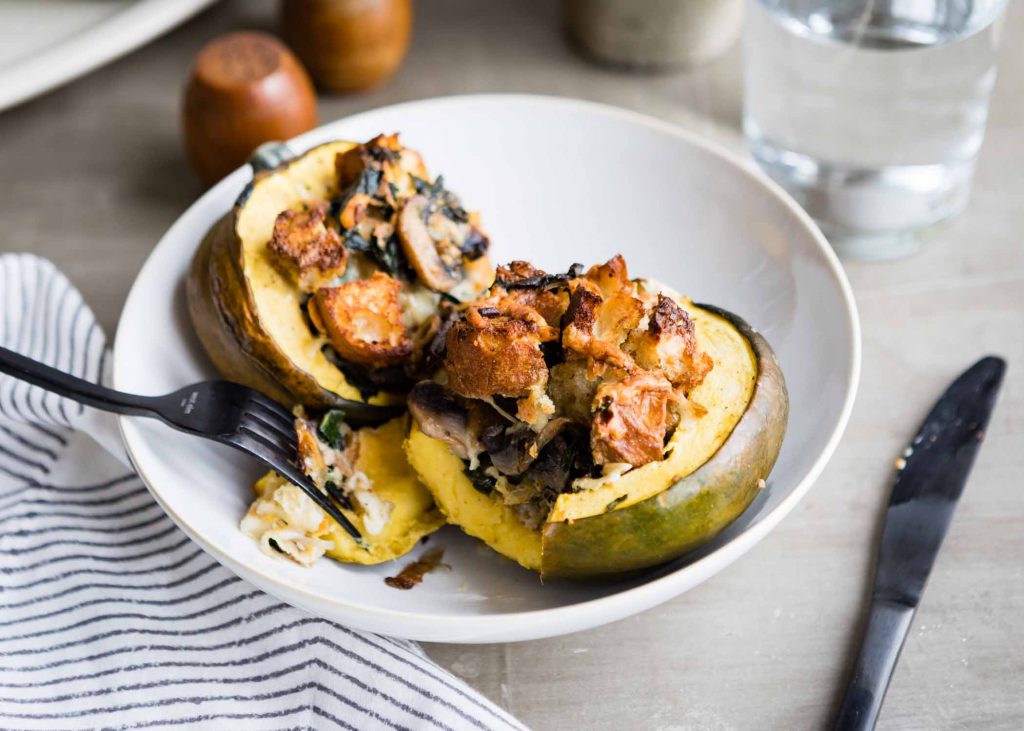