I don’t make my own macaroni and cheese often, so when I do make it, I want to make it with a twist. I mean, you can buy plain mac and cheese just about anywhere, right? So why not jush it up at home! I’ve been making a version of this Sharp Cheddar and Roasted Poblano Mac & Cheese for years and it’s evolved and changed, but this is my perfected recipe. 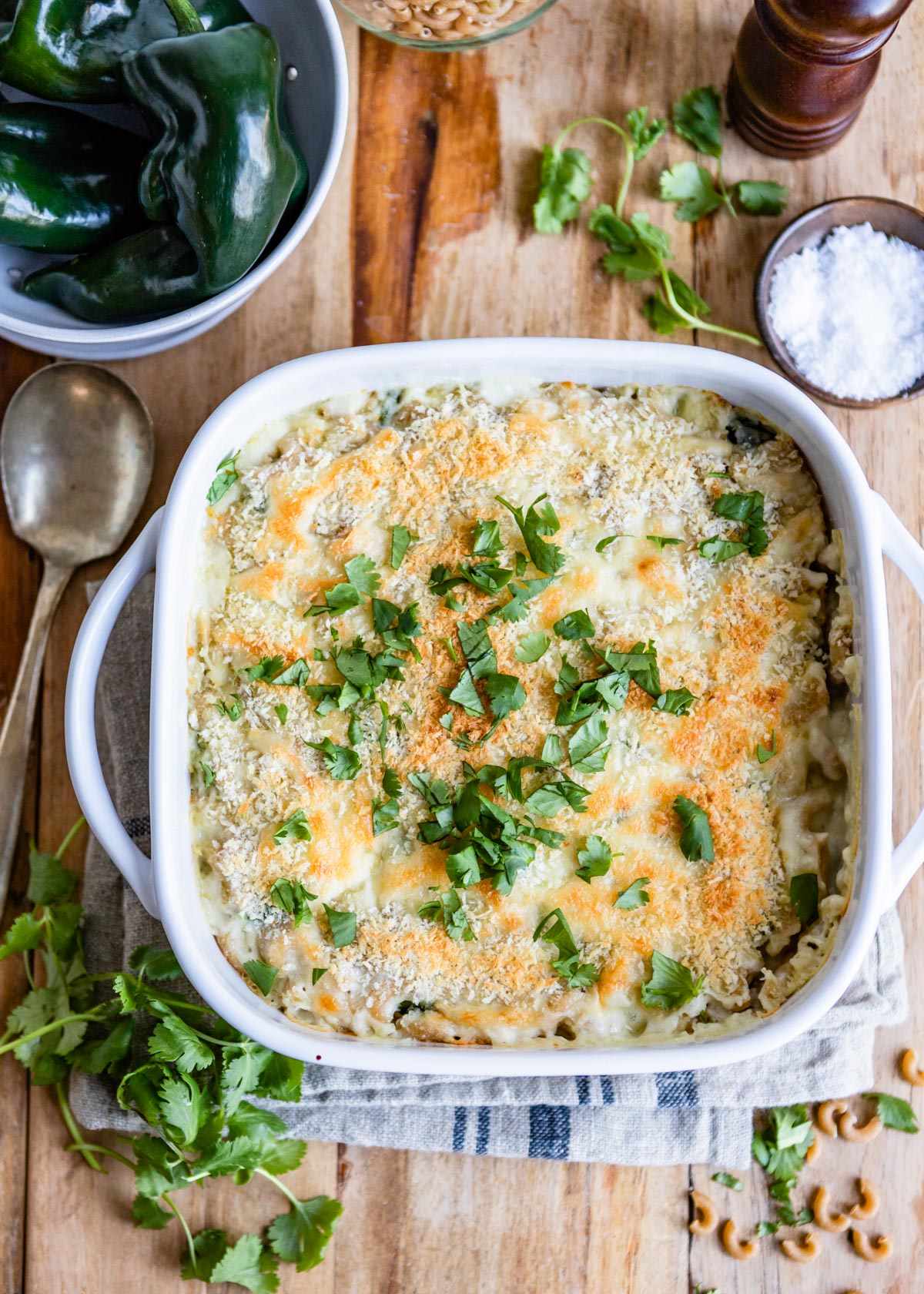 When making mac & cheese, I used to always be hesitant to use a nice, sharp cheddar because aged and sharp cheeses are not known as a good for melting. Instead, I’d combine a small amount of sharp cheese with a melter, like Monterrey jack. This results in a sauce that has a nice texture, but is lacking in the flavor department. After landing upon this guide to homemade mac & cheese in The New York Times, I decided to go for it and embrace the sharp cheddar. While I have to admit, the texture isn’t quite as smooth with this change, the flavor is miles better. 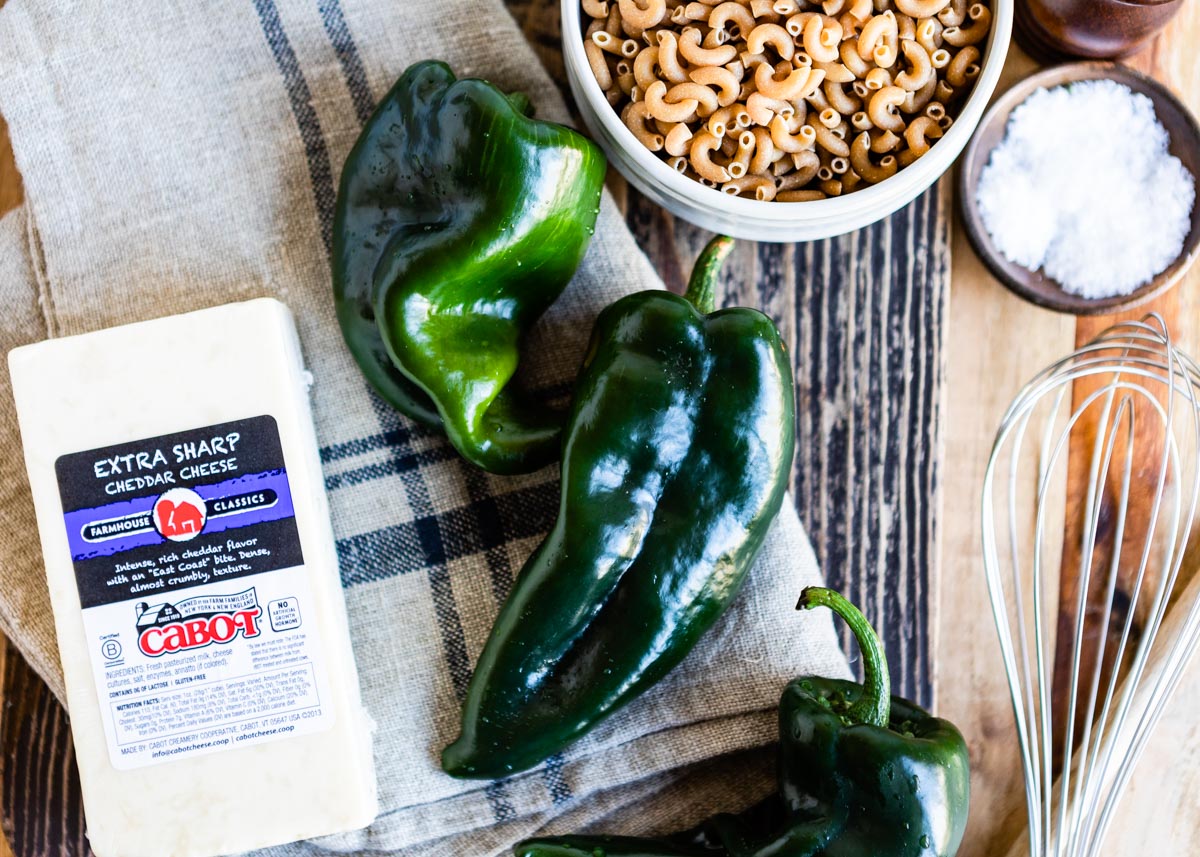 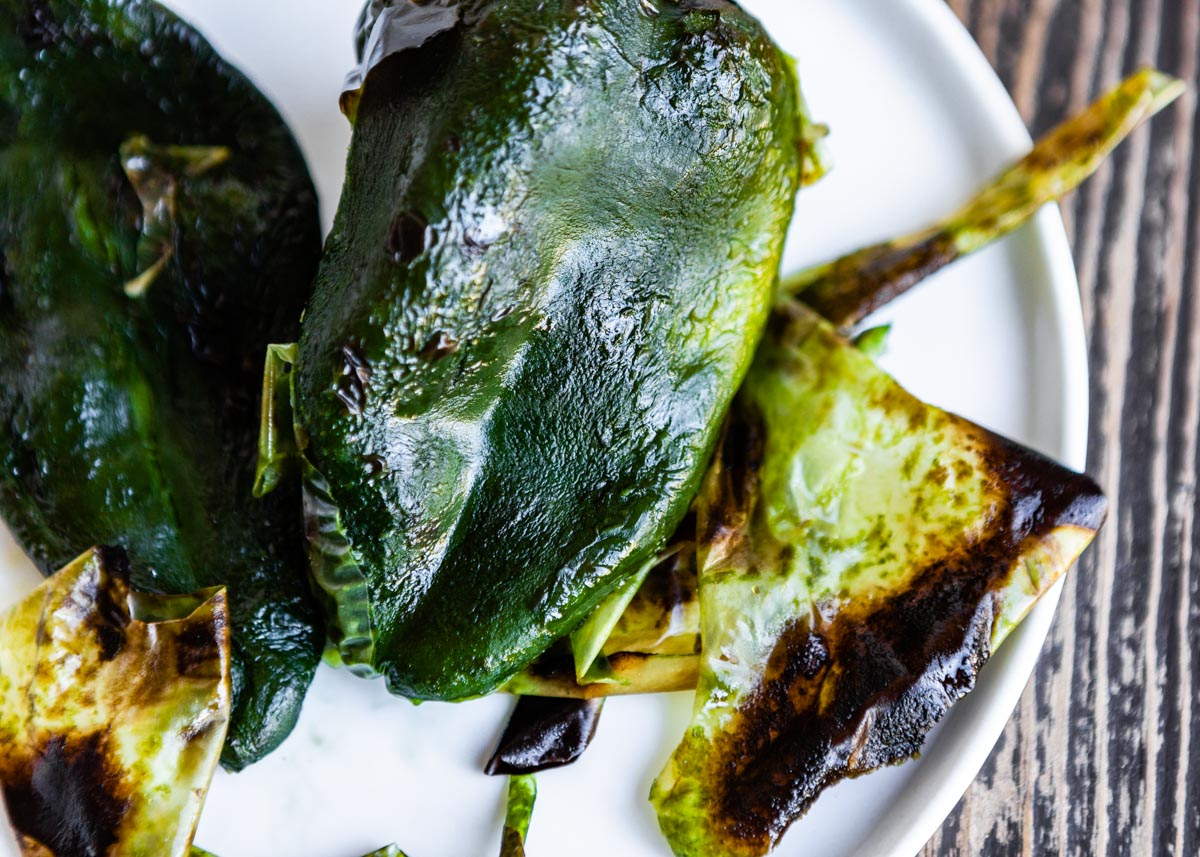 Sometimes when I make this, we top it with crumbled tortilla chips instead of panko. When hatch chiles are in season, they’re a delicious substitute for poblanos. A few times, I’ve added a batch of fajita veggies to the bake to stretch it for a few additional meals. You don’t want to mess with the sauce ratios, but feel free to experiment otherwise! 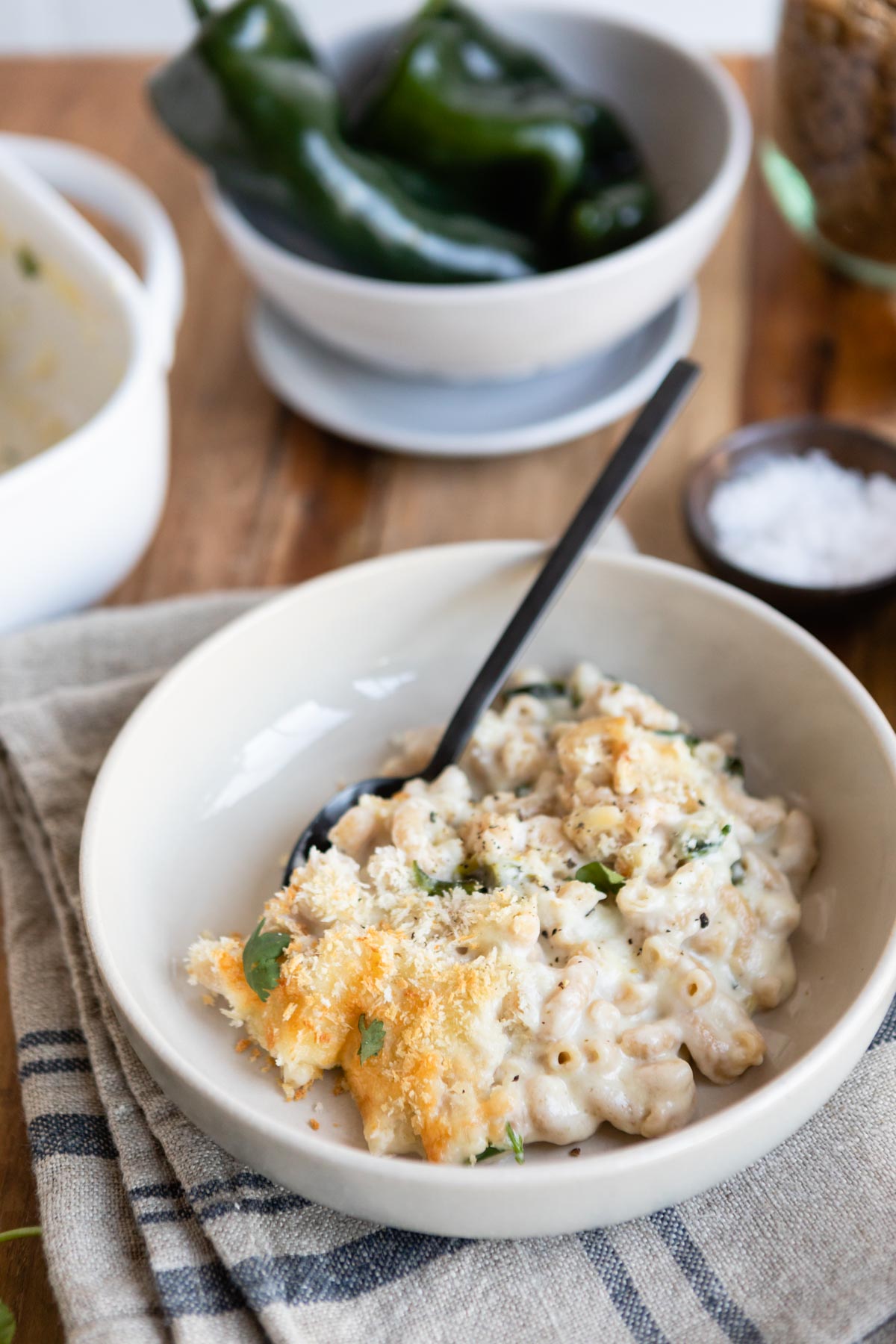 Mac & cheese is great for bringing to a potluck or holiday get-together, but it also freezes beautifully, making it ideal for meal prep. When you’re freezing it, you’ll make the pasta and sauce, combine them in a freezer-safe baking dish, and then cover tightly with a layer of plastic wrap, then foil. Then, let the mac & cheese thaw in the fridge for a day or so before baking. 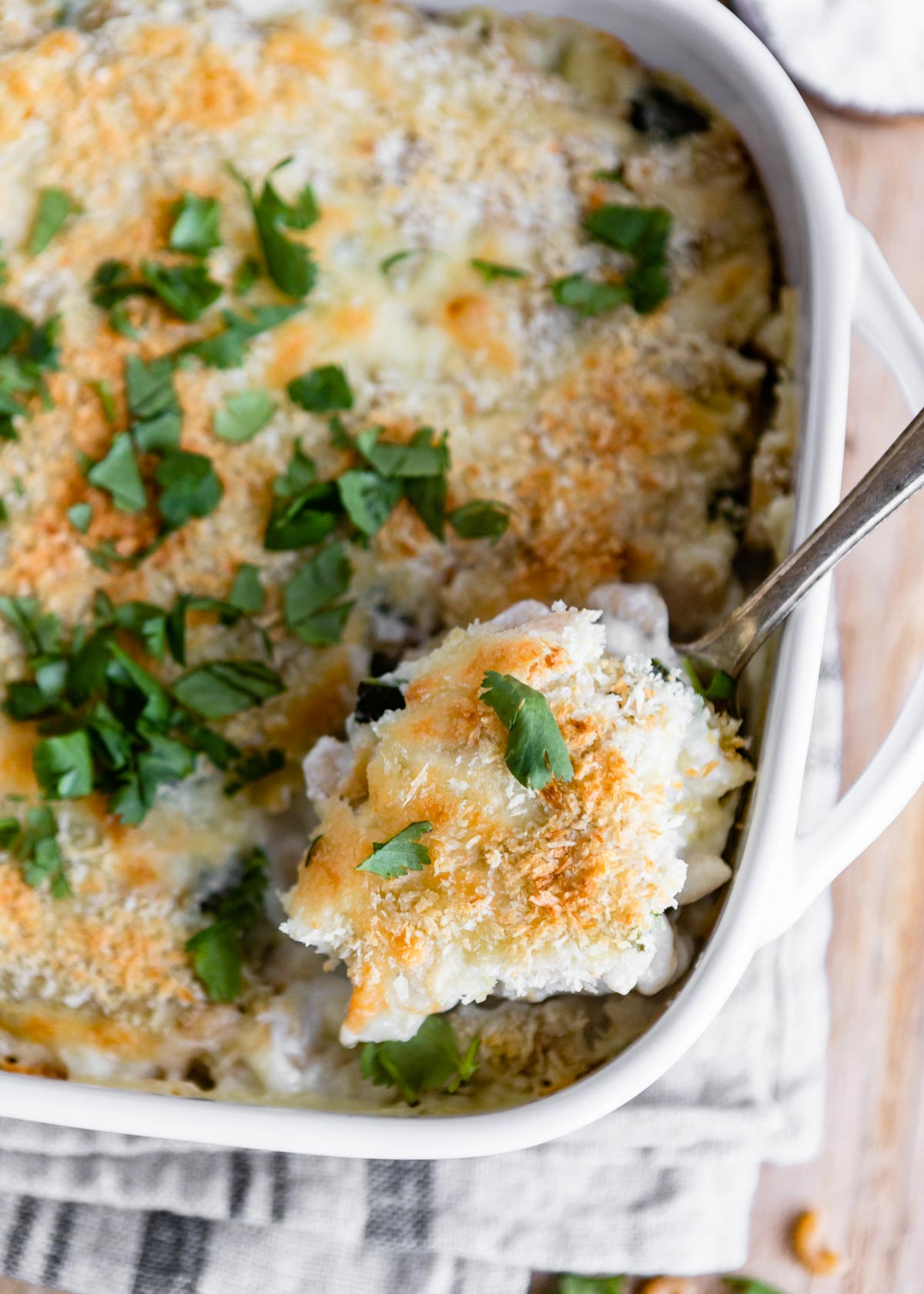 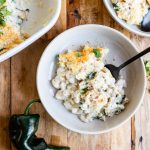 Whether you make it for a potluck or for a weeknight dinner, this smoky mac & cheese is sure to be a hit.

Pre-shredded cheese has anti-caking agents that make it less than ideal for melting into a sauce; if possible, shred your own cheese from a block.