Iron is a super important mineral for everyone to be aware of, regardless of what kind of eating pattern you follow. For vegetarians, however, iron awareness is of particular importance, since plant-based iron isn’t absorbed by our bodies nearly as well as the type of iron found in animal foods. And to complicate things, many plant foods may interfere with iron absorption.

So what exactly is iron, why do we need it, how much do we need, and what are the best ways for vegetarians to ensure they’re getting enough? Read on to find out!

Iron is the single most common element on earth (by mass), and one that is naturally present in many foods. It’s an essential mineral, which means we need to consume in order to thrive. Iron can also be added to some foods (fortification), or can be taken as a dietary supplement.

We need iron because it plays an important role in many of our essential bodily functions. It’s a vital component of the protein hemoglobin, which carries oxygen from our lungs to tissues all around our bodies. Believe it or not, iron is actually part of every single cell in our bodies.

Iron is important for growth, development, and cellular function. It’s an important part of many enzymes, and plays a role in the synthesis of some hormones and connective tissue.

So, how much iron do you need to consume on a daily basis?

The answer to this question varies a bit from person to person. Adult men and women of menopausal age require only 8mg/day. Women of childbearing age need 18mg/day and during pregnancy iron needs increase to 27mg/day.

Iron deficiency anemia affects the operation of several major organ systems. According to the Center for Disease Control, iron deficiency is the most common nutritional deficiency in the US.

Signs of iron deficiency anemia might include one or many of the following symptoms:

Someone in the early stages of iron deficiency may have no symptoms, so it is important for at-risk groups (such as adolescent girls, pregnant women, some vegetarians, and young children) to be screened. In fact, it can take several years of iron deficiency before a problem is noticed. If you’re concerned that you might be iron deficient, speak to your health care provider about getting some blood tests.

The most simple way to prevent iron deficiency is to eat a diet rich in iron.

Here’s where things get a bit tricky for vegetarians: nonheme iron is not absorbed as well by our bodies as heme iron is. The other issue is that many plant foods contain compounds such as tannins, phytatates, and polyphenols that may compete or interfere with iron absorption.

For this reason, the recommended daily intake of iron is up to 1.8 times higher for vegetarians than for omnivores.

But there’s good news: foods containing vitamin C can enhance absorption of nonheme iron when eaten at the same meal. (Conversely, calcium from milk or dairy products can compete with iron absorption.)

Also note that iron deficiency is no more common in vegetarians than it is in the rest of the population. So, vegetarians may need to be more conscious of our iron intake, but apparently we’re doing a pretty darn good job.

This is likely due to the varied plant-based diet that many vegetarians consume which includes a mix of iron rich foods like legumes, seeds, and leafy greens, which also happen to be a good source of vitamin C. 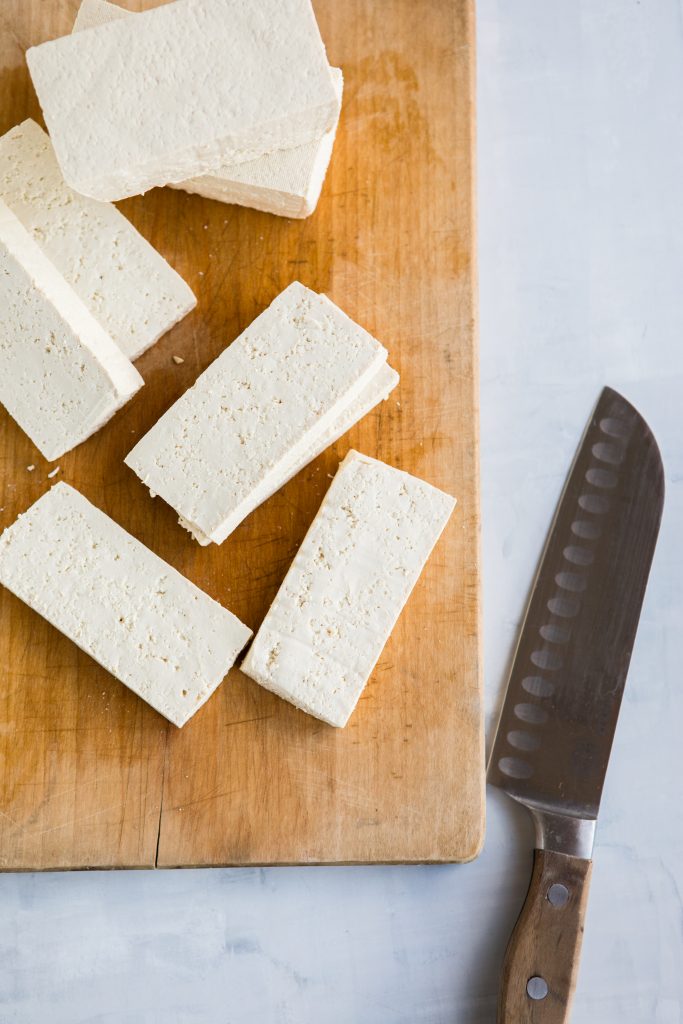 What are the best plant-based sources of iron for vegetarians?

Some of the best sources of iron for vegetarians include:

Dried fruits can also be a good source as they are often dried in iron pans, and cooking acidic foods such as tomatoes in cast-iron cookware increases iron content of the food, as the iron is taken directly from the pan into the food.

Also good news for vegetarians is the fact that many of those iron-rich foods, such as broccoli and bok choy, are already rich in vitamin C. If they don’t already come pre-packaged with vitamin C, pairing foods at the same meal, such as a spinach salad with some blueberries or other vitamin C rich fruit tossed in, helps with the absorption of nonheme iron.

Many foods, such as cereals, flours, pasta, rice, and non-dairy milks, are also fortified with nonheme iron, and can contribute to your daily iron intake. In fact, in the US up to half the dietary iron intake is said to come from fortified cereal grains and their products.

With all of this iron readily available in our food supply, should you also be taking an iron supplement?

This depends on many factors including age, genetics, overall diet, whether you’re a man or a woman, breastfeeding, pregnancy, etc. I’ve been vegetarian for over 25 years and the only time I have needed an iron supplement was during pregnancy. Other people may find they need to take one on a regular basis to keep their iron stores adequate.

The only way to know for sure whether you need a supplement is to have a blood test and have both your hemoglobin and iron stores checked. Supplemental iron comes in many different forms, so be sure to speak to a health care professional about choosing the one that’s right for you.