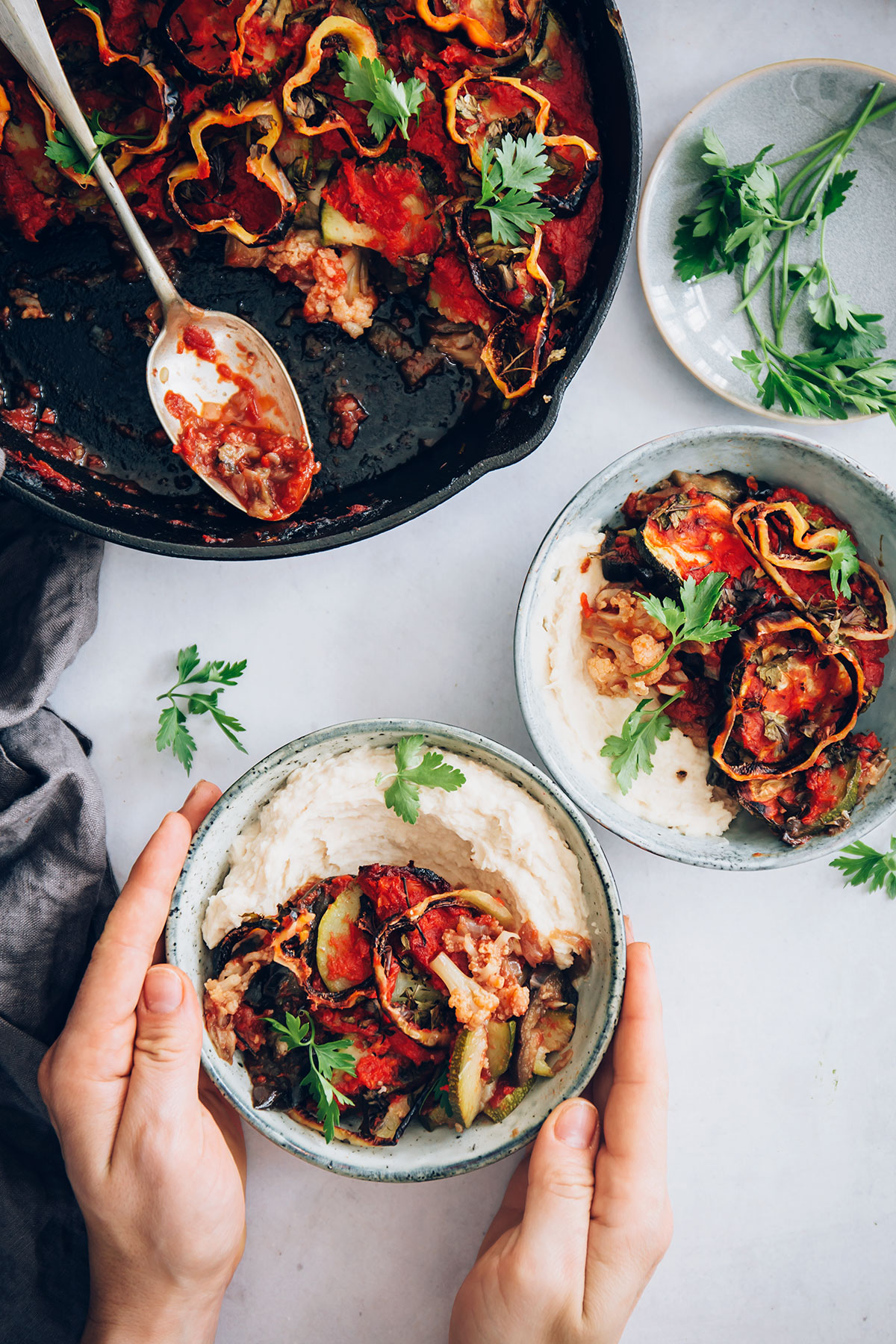 There are two major differences between Greek briam and ratatouille: one is the herbs involved and the second is the cooking method. While ratatouille relies on thyme and rosemary for flavor, briam uses parsley, oregano or marjoram. Ratatouille typically gets simmered slowly on the stovetop and Greek briam also gets the slow cooking treatment, but instead it’s in the oven. 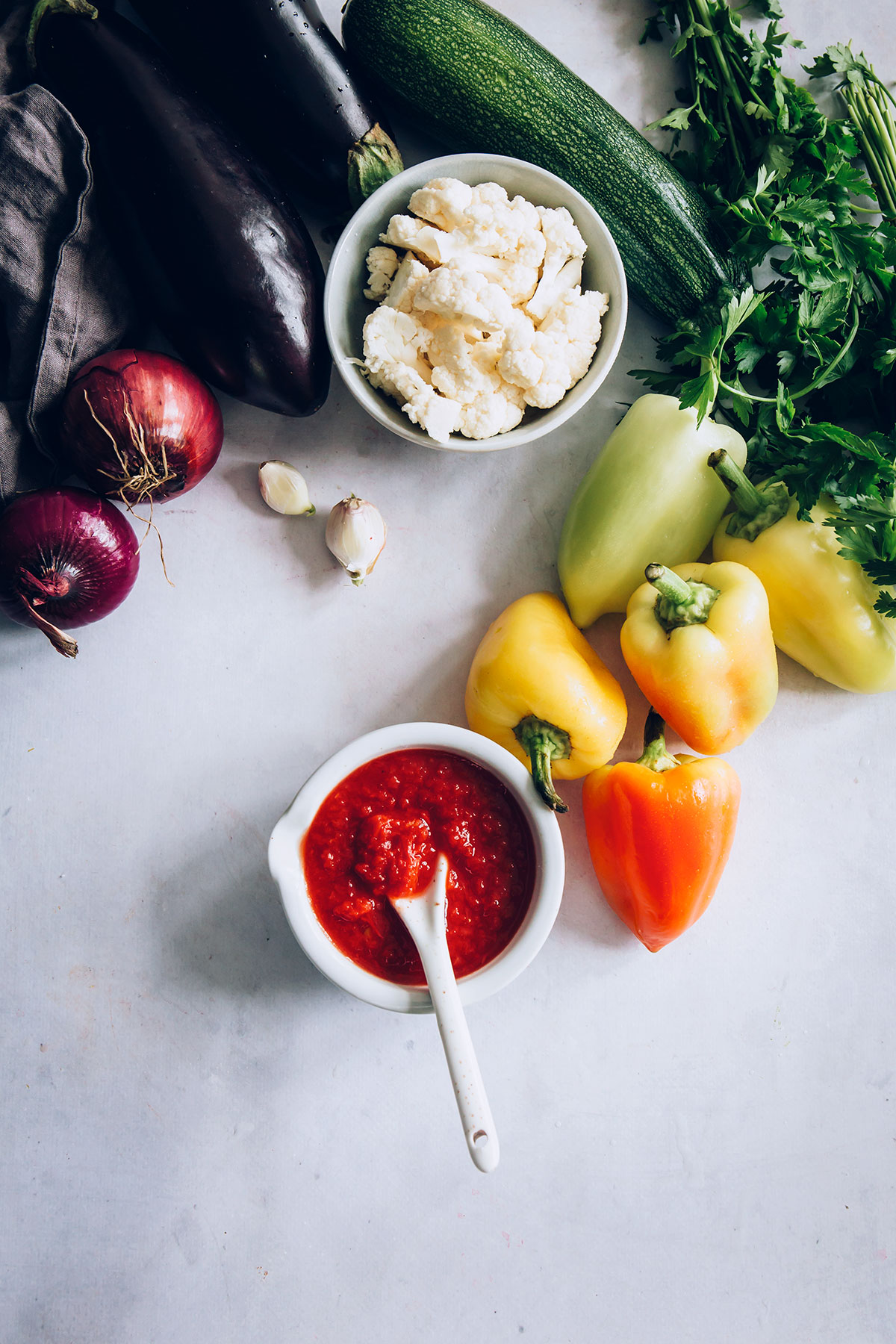 Another ingredient that sets briam apart from ratatouille is potatoes. While I love potatoes, I’m not crazy about the texture they take on in briam so instead, I substituted cauliflower. This makes the Hello Veggie version of Greek briam low carb if you’re into that sort of thing. 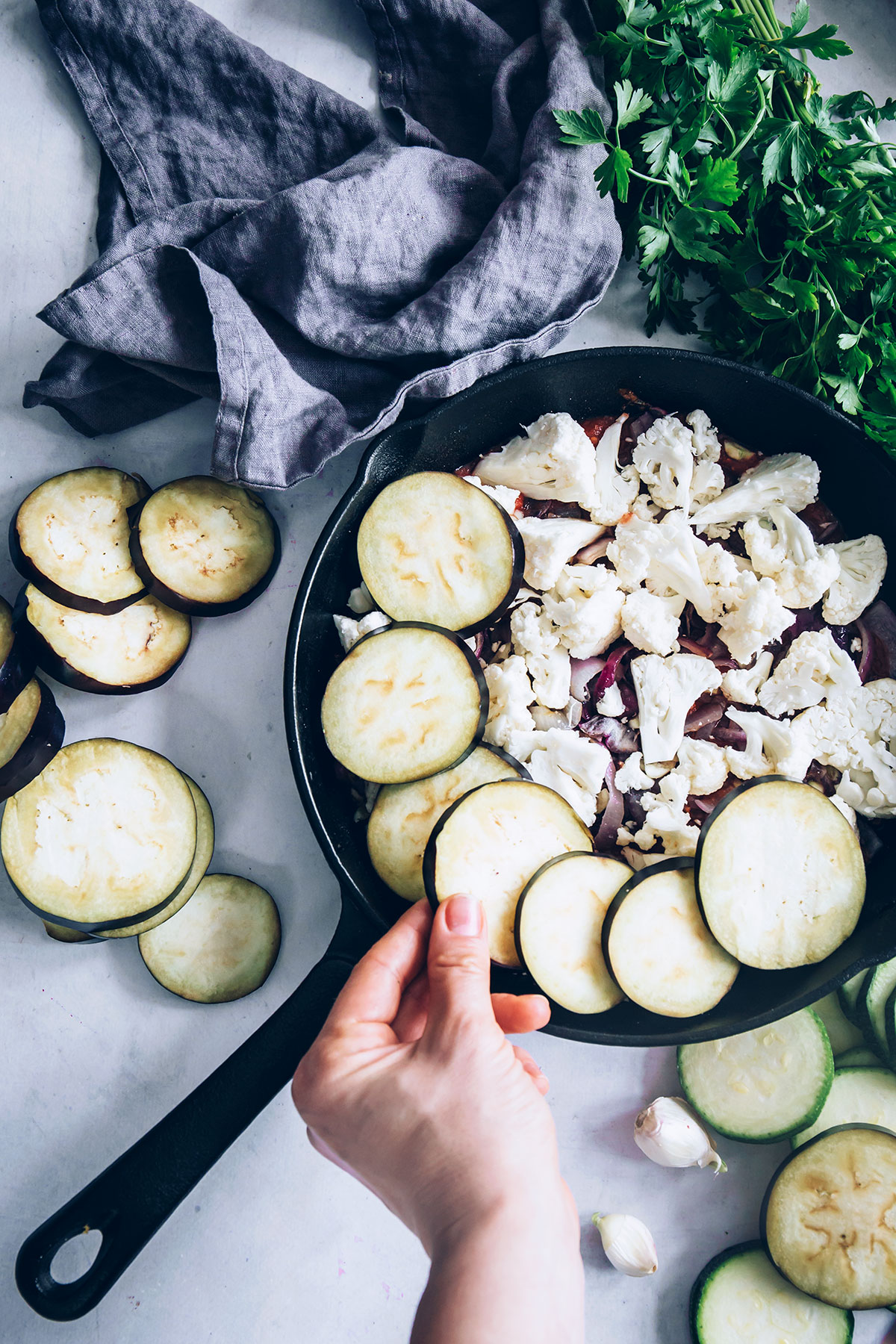 Like ratatouille, this is the kind of recipe where the leftovers get better and better as they sit in the fridge. (Well, better until they go bad. You know what I mean!) Mix things up by serving your briam with rice, polenta or pureed white beans the first day, with crusty bread the second, and as a meal prep lunch if you have any leftover for a third day. 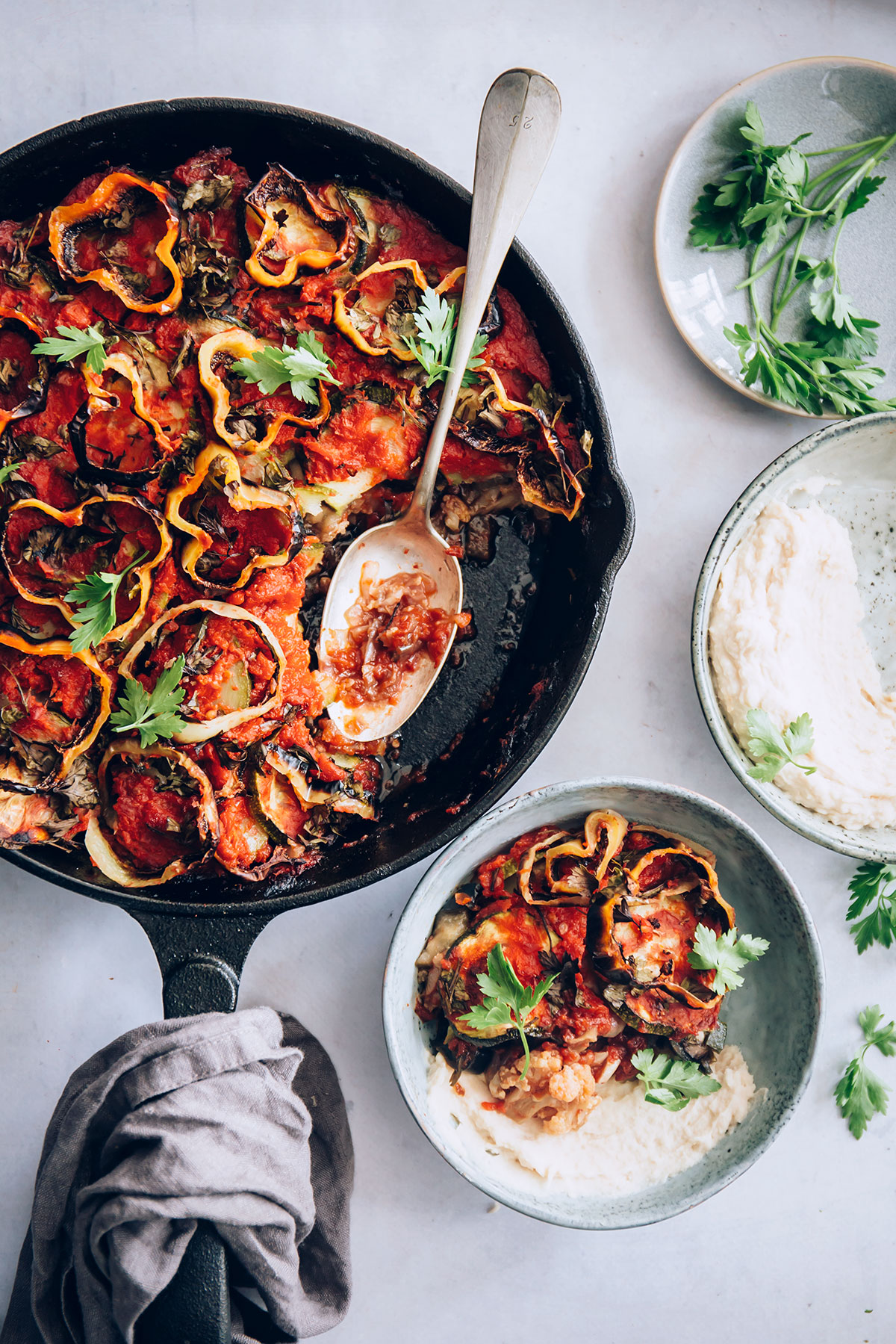 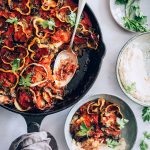