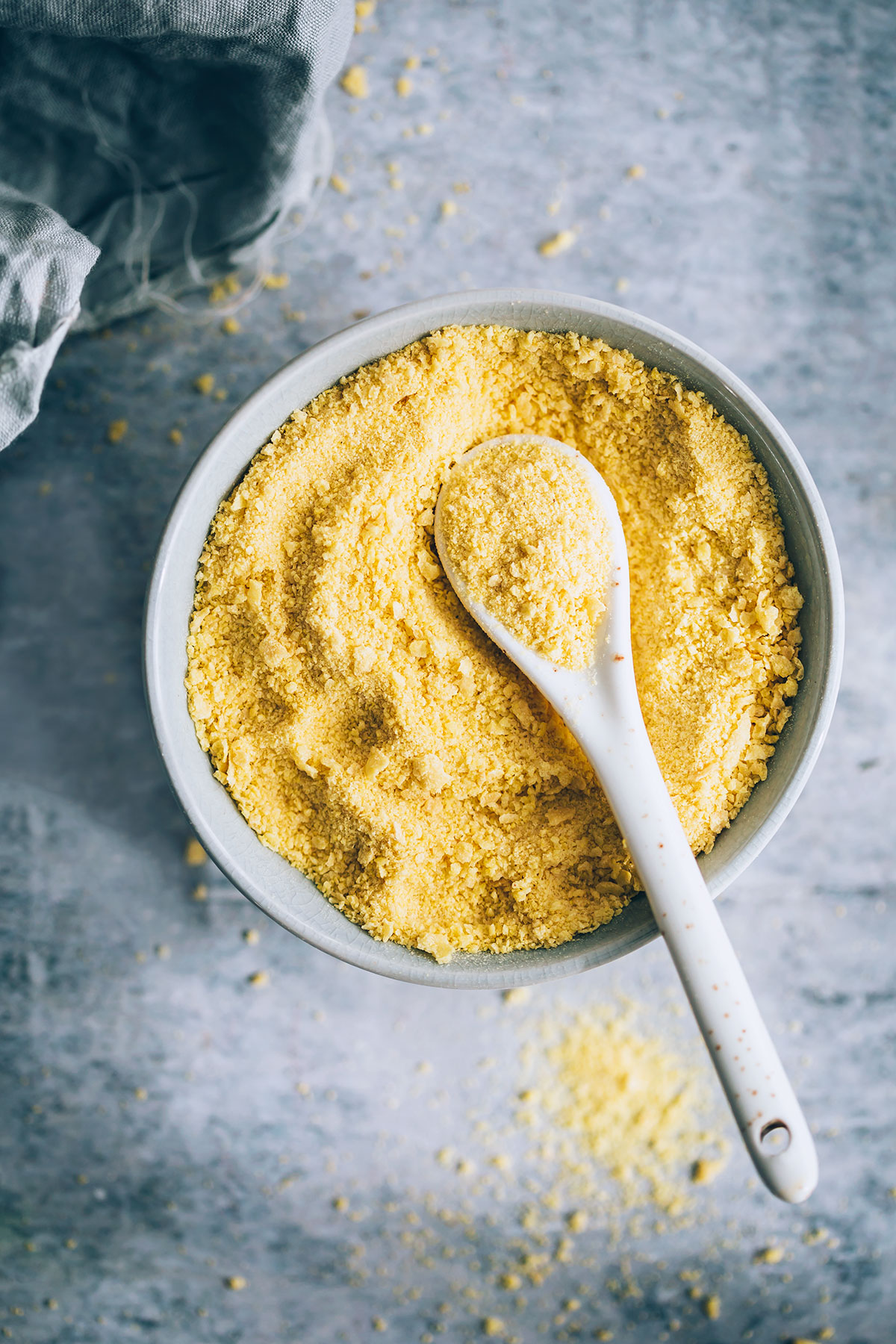 You’ve probably seen recipes calling for nutritional yeast, otherwise known as nooch or vegan pixie dust, but what exactly is this stuff and why do vegetarians love it so much?

Great question! Nutritional yeast is a dehydrated, inactive form of yeast. So it’s not a living yeast, and won’t make your bread rise. Grown on enriched molasses, the yeast is collected and then dehydrated and flaked or crumbled into a powder.

Nutritional yeast is super rich in nutrients – hence the name nutritional yeast. It has the most bragging rights when it comes to B vitamins and protein, with two tablespoons of nooch yielding a whopping 9 grams of protein.

Although all nutritional yeast is rich in a mix of B vitamins, not every brand contains vitamin B12. If you’re vegan and are relying on nutritional yeast as a source of B12, read your labels carefully and check that your yeast is fortified.

Among the B vitamins that nutritional yeast is rich in, folate stands out as an important one. This nutrient is vital in preventing neural tube defects in pregnancy, and also plays an important role in cell maintenance and function.

Most people would probably describe the flavor as being somewhat cheesy, which is why nooch is an integral ingredient in many vegan cheese sauces. It’s also got a bit of a nutty taste

How to use nutritional yeast

Hands down, my favorite way to use nutritional yeast is sprinkled on popcorn. If you’ve never tried it before, it’ll change your life! There are lots of other ways to put this magical vegan food to good use, though, including:

Where to buy nutritional yeast

You can find nutritional yeast in many health food stores, and these days even in some regular grocery stores. You may find it packaged as Engevita or Red Star yeast.

How to store nutritional yeast

If you have just a small amount of yeast you can keep it at room temperature in an air-tight container. But maybe you scored a bargain and bought a large amount? In that case keep it in the freezer in a sealed package.

Stored in a cool, dry, dark place, your nutritional yeast should last you up to two years.