Ah, pasta. The go-to dinner for uncreative and short-on-time vegetarians everywhere. Not that there’s anything wrong with that! Pasta is delicious, after all. And it’s versatile–switch up the sauces and vegetables you add and you’ve got a completely different dish. 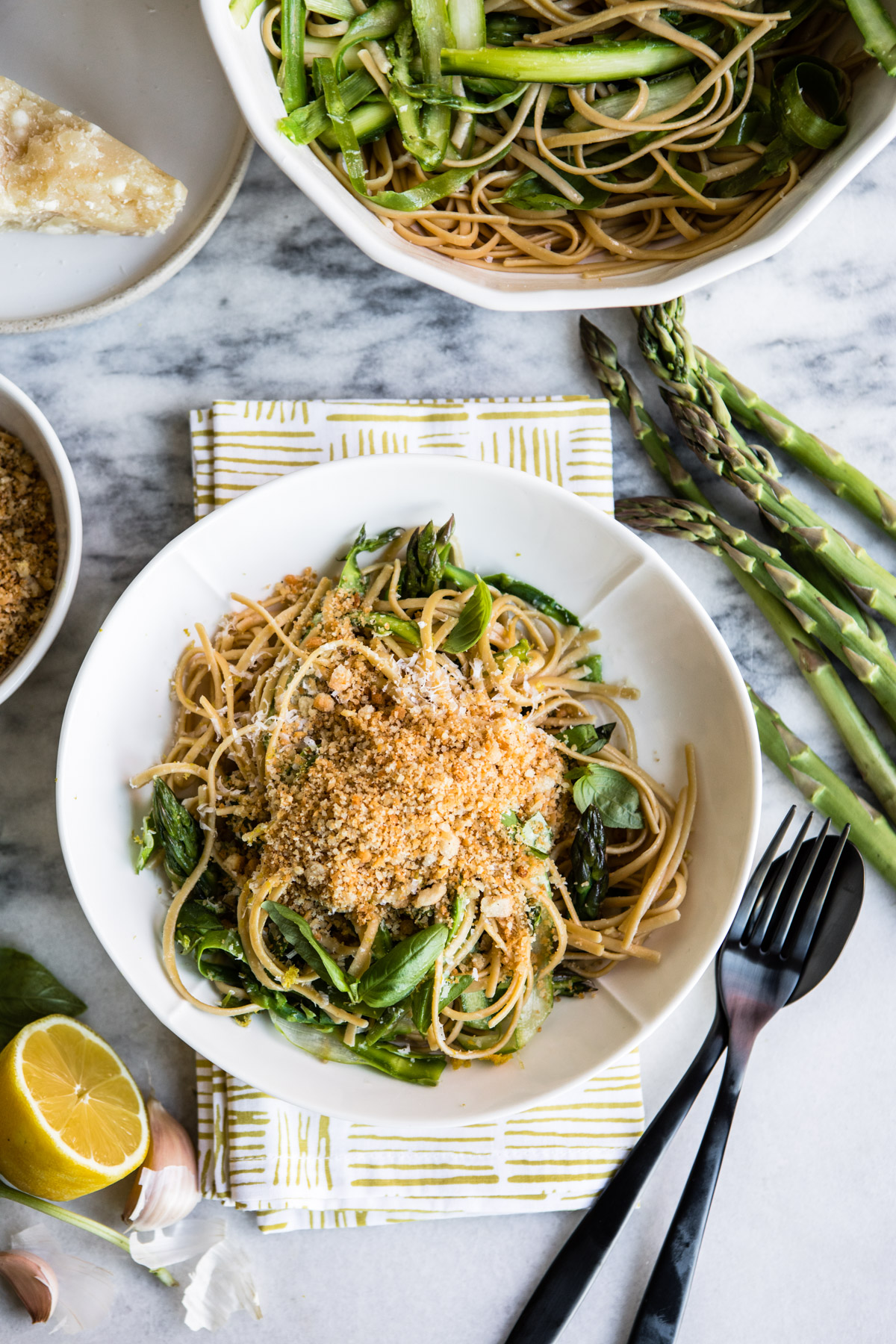 In my house, we have pasta once a week. It’s rarely even a recipe–most often, I wing it. But as I’ve become more conscious about nutrition and how much protein I eat a day, I’ve also realized that the veggie-and-pasta dinners I used to prepare were pretty light in the protein department. 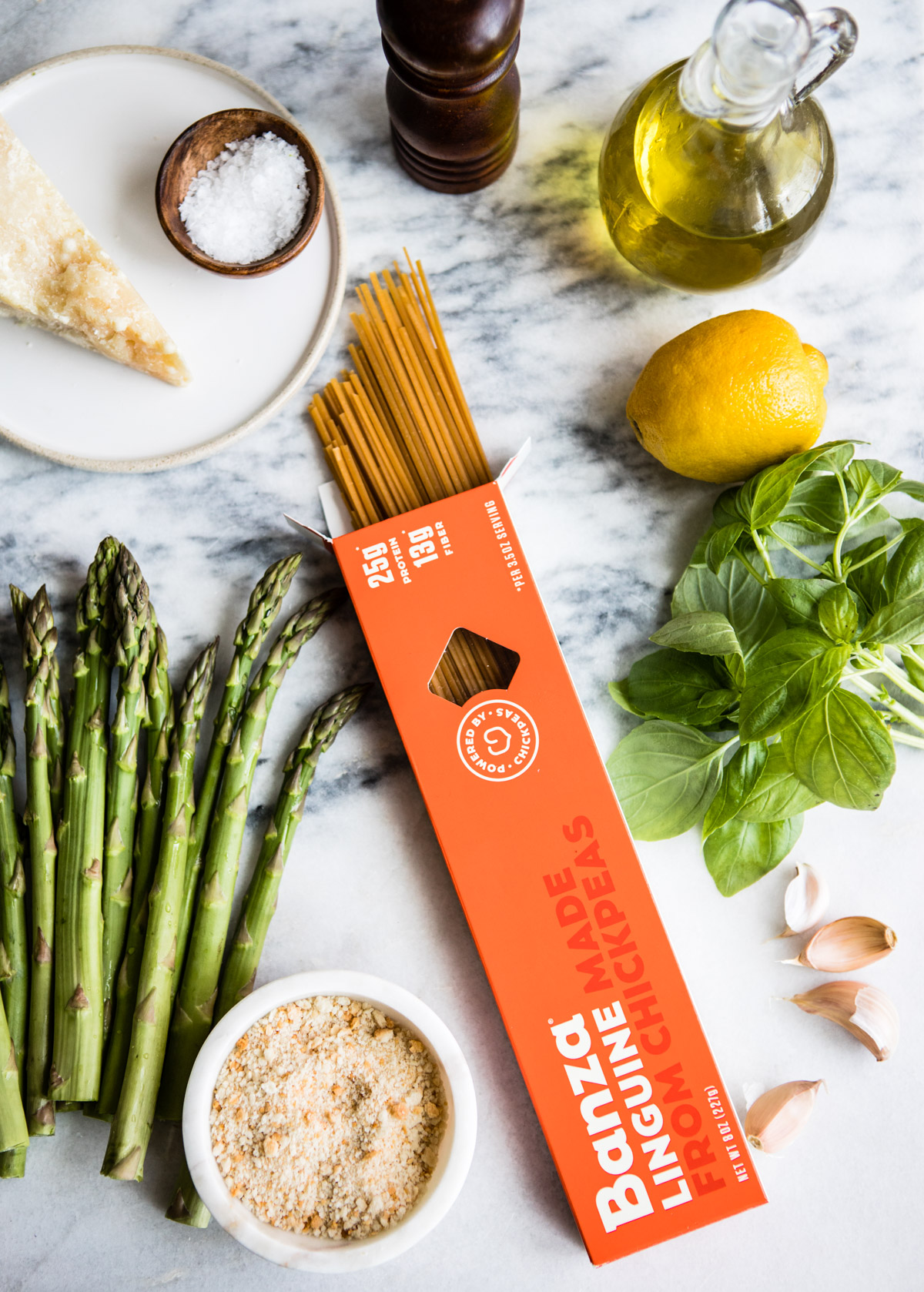 Here are some changes I’ve made to make our pasta dinners a little more substantive. 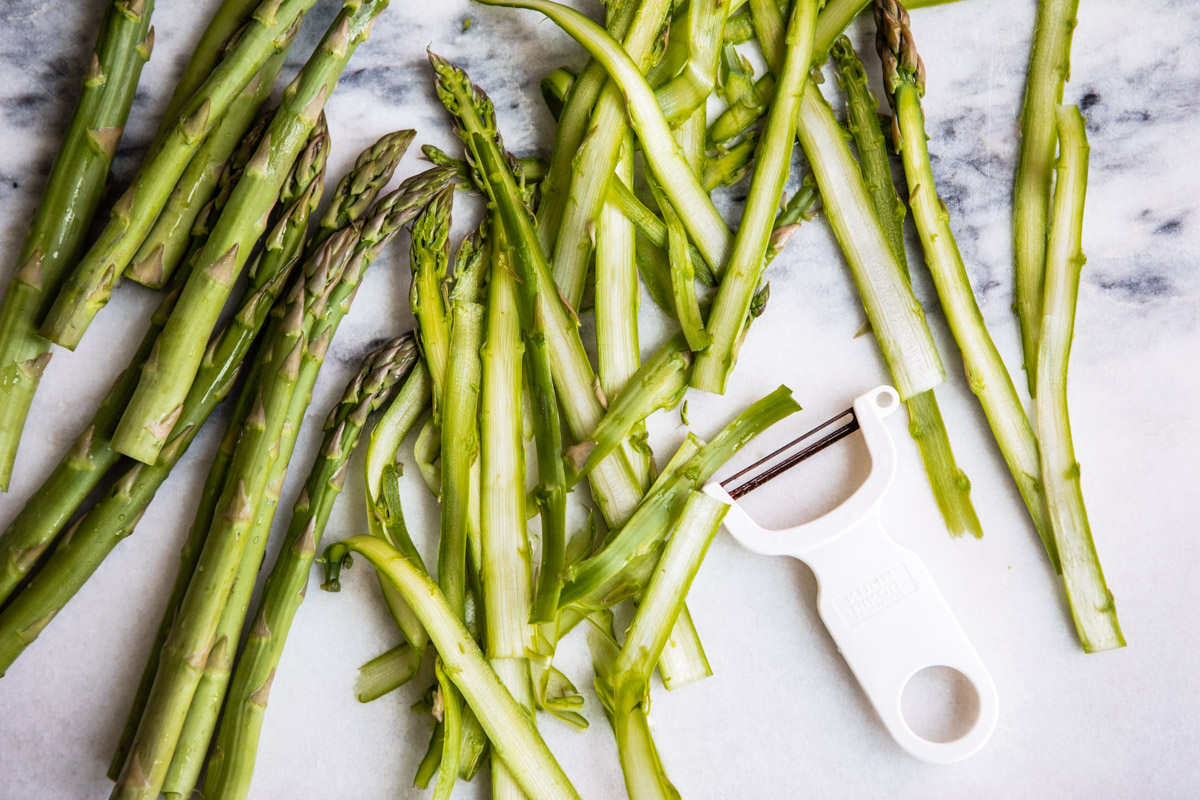 While you can make this Lemony Shaved Asparagus Linguine with any pasta you prefer, this is the kind of dish that I like to make with a higher protein pasta just so I’m not feeling ravenous a few hours after eating. (Carbs! So delicious, but so not filling! At least for me.) Spring asparagus are sliced into ribbons–easy to do with a vegetable peeler–and tossed with linguine, olive oil, and freshly squeezed lemon juice.

To add some texture and a bit of extra flavor, I like to top this with crispy, garlicky panko. I made a recipe many, many years ago from Cooking Light that topped pasta with panko and I just loved that combination and it’s been in my back pocket ever since. It’s especially great in a pasta that’s not too saucy–when you want to add a little oomph. 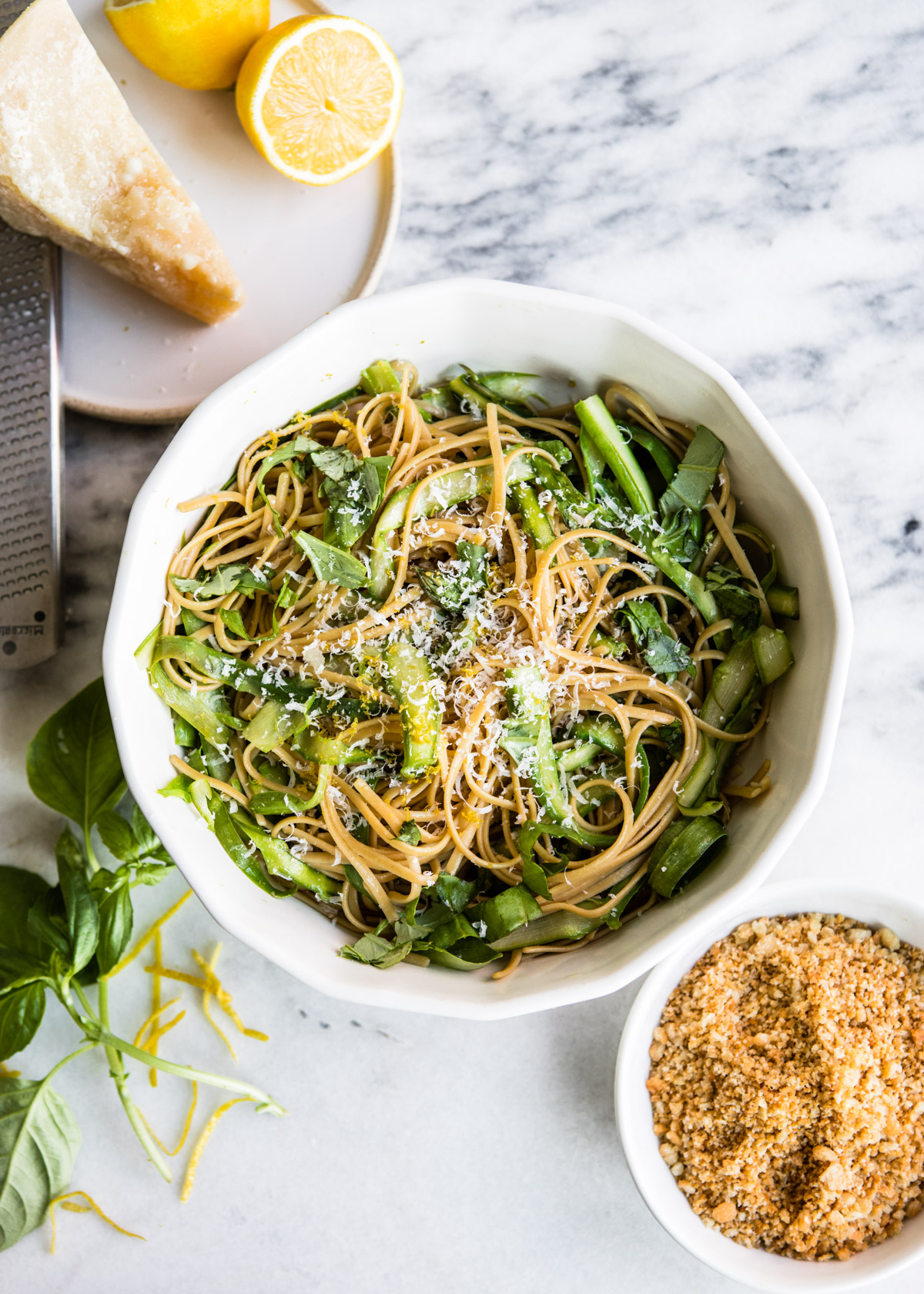 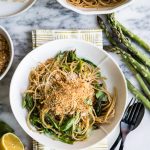 Choose a higher protein linguine option, like chickpea, over traditional and this simple vegetarian pasta dinner packs in 34 grams of protein per serving.

Don't want to fuss with shaving the asparagus? Just cut it into 1-inch pieces and steam until tender, then toss in the skillet with the linguine.