In the world of nutrition there is so much contradictory information it can be hard to know what to do. At times, even the experts seem to disagree, and depending who you follow and what they say, you may be getting completely different information.

It’s a real challenge to know what healthy eating actually looks like when there is so much hype around the latest food trends. Today we’re diving into it and separating fact from fiction to debunk five healthy eating myths. 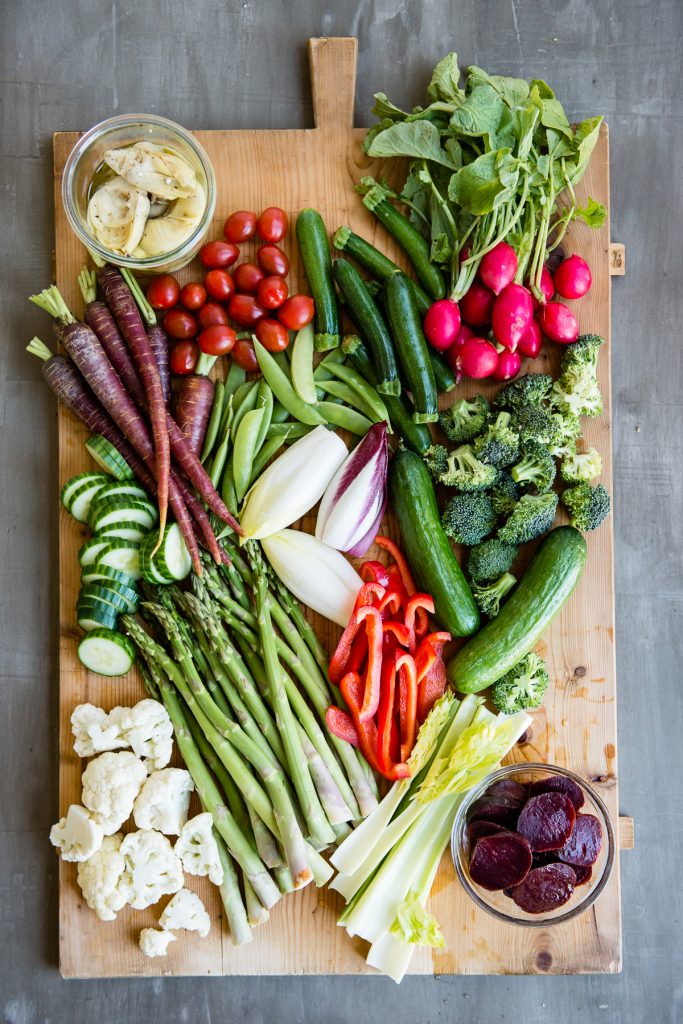 Eat your veggies! Eat ‘em raw! If raw food enthusiasts are to be believed, eating foods in their most pure state, unadulterated by cooking, undamaged by heat, is the way to go. And it makes good sense, right? Pull a carrot straight from the dirt and it’s bound to be more nutritious than a cooked carrot.

Well, the moment that carrot is pulled from the earth it slowly starts to break down. Any heating of that carrot–steaming, boiling, roasting, frying–will speed up the breakdown of nutrients. When food is raw, the natural enzymes, vitamins, and minerals are un-damaged. It may surprise you to know, however, that in many cases cooking is the key to unlocking the nutrition potential of certain foods.

For example, tomatoes contain a powerful antioxidant called lycopene, which is significantly increased and more available in cooked tomatoes than in raw. Cabbage, mushrooms, peppers, asparagus, spinach, and carrots all yield more bioavailable antioxidants when steamed or boiled than when raw.

Cruciferous vegetables such as kale and broccoli contain naturally occurring compounds called goitrogens, which can reduce thyroid function in some people. Cooking these vegetables significantly reduces the amount of goitrogens. Also, since cooking softens food and makes it easier to digest–particularly when it comes to tough greens like kale–cooking allows us to eat many nutritious foods and have them pass through our systems optimally.

2. You need to cleanse from time to time

Nope! Total myth. First and foremost, unless you are very, very sick, your body is NOT full of toxins. And if it is, you need emergency medical attention. On a daily basis we are exposed to a variety of substances, some of which are extremely toxic to the human body. Some of these substances are naturally occurring and others are synthetic. Lucky for us, our bodies are amazing, and come fully equipped with a system that both defends against and gets rid of harmful substances. This system is comprised of our skin, filtration organs (kidneys and liver), gastrointestinal system, and lymphatic system.

Unlike the filter you’ve got on your tap water, for example, our filtration organs don’t need to be cleaned out. The kidneys work around the clock excreting waste products into our urine, while the liver performs a series of chemical reactions that break down toxic substances into those that can be eliminated in urine or bile. Sure these organs benefit from us eating a healthy diet, but going on a cleanse or detox does nothing to make them work more efficiently.

If you’re someone who feels genuinely better when you go on a cleanse from time to time, that’s great. The idea that it’s necessary for your health is completely false.

3. Juicing is where it’s at

Will juicing make all of your cold-pressed nutrition dreams come true? Juicing can be an easy way to get a lot of nutrients into a small, and tasty, portion. Consider the number of carrots, apples, or beets that go into making a single glass of juice. For those who have low appetites but high energy requirements, such as during times of illness, juice can be a great way to get calories, vitamins, minerals, and antioxidants into the body.

Juice can also be really loaded with sugar and very energy dense. The process of juicing separates the dietary fiber from the liquid, leaving only the liquid behind. If you’ve ever had the pleasure of cleaning out a juicer you’ll know what I mean.

When you eat an apple, for example, the presence of dietary fiber slows down the body’s intake of the fruit’s naturally occurring sugars, and helps to keep our blood sugar levels stable. All that fiber is essential for digestive health, especially the lower portion of our digestive tract, including the lower intestine and colon.

In most cases it’s better to simply eat whole fruit and drink water. Or, drink smoothies, where the dietary fiber remains in the drink.

Genuinely, there are many people who feel significantly better when they reduce or eliminate wheat and other gluten-containing grains from their diets. Those who have Crohn’s disease, irritable bowel syndrome, or FODMAP sensitivity often experience a reduction in symptoms when they eat gluten-free. Those who have celiac disease should definitely steer clear.

For the rest of the population, however, eating grains–including gluten-containing grains–is perfectly fine. Without a doubt as a culture we eat far too many grain products. When breakfast is toast or cereal, lunch is a sandwich, and dinner is pasta, there becomes an imbalance in our diets. So, certainly we could all stand to eat a little less of this food group.

When I see people reaching for gluten-free products because they think it’s a healthier choice, though, I cringe. These days it seems like gluten-free holds the same power as fat-free did in the 80’s–yet we’re missing the bigger picture. Often gluten-free analogues to gluten-containing products, like breads, cookies, crackers, and pasta, are higher in sugar than the regular ol’ gluteny versions.

Whole grains, especially those that are still intact such as wheat berries and farro, are a wonderful part of a healthy balanced diet. It’s notable that wheat berries contain just as much protein as quinoa does (around 8 grams per cup cooked), along with B vitamins, dietary fiber, manganese, selenium, phosphorous, and magnesium. Wheat is totally a superfood!

5. Coconut oil is the healthiest oil for cooking

Coconut oil–and whether or not it is healthy–is perhaps one of the most common questions I get. I think it’s because coconut oil was in the nutritional naughty corner for a long time for being super high in saturated fat–about 82% of the fat in coconut oil is saturated.

Over the last several years, however, coconut oil has catapulted to celebrity super-food status with people baking with it, making “healthy” treats with it, straight up eating spoonfuls of the stuff, and even stirring it into coffee.

But then, earlier this year, the American Heart Association released an advisory on dietary fats and cardiovascular disease, which, among other things, called out coconut oil as being unhealthy and specifically advised against its use. And yes, this includes your beloved cold-pressed virgin coconut oil.

From this work, we now know that coconut oil raises both HDL (“good”) and LDL (“bad”) cholesterol. Previously it was thought that the benefit of HDL counteracted the negative impact of LDL cholesterol. However, recent research has shown that not to be true. So, since we can no longer rely on the benefit of HDL cholesterol to balance things out, we now know that coconut oil raises LDL cholesterol and the recommendation is to avoid it–although it’s still great as a homemade moisturizer or face cleanser.