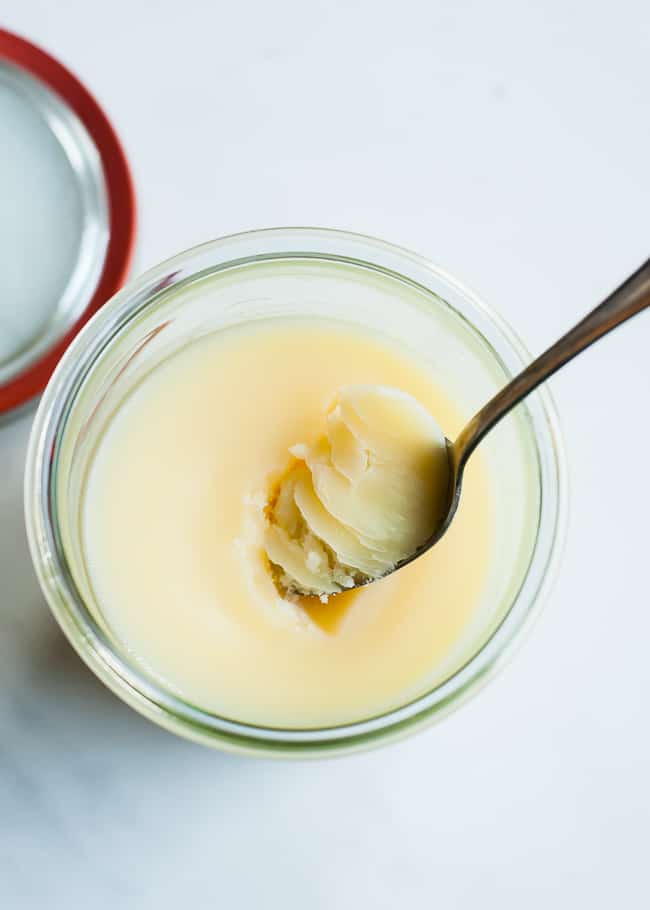 Choosing the right cooking oils doesn’t seem like too daunting a task, but does anyone else feel like it’s a jungle out there? It seems like the recommendations are changing all the time and what’s healthy one minute is hazardous the next.

So, what should you be looking for in a cooking oil? We’re breaking it down here, along with our top picks for healthy and good quality cooking oils.

What Makes an Oil Good or Bad for Cooking

Have you ever opened a really old bottle of olive oil and noticed immediately that the smell was off? That’s the result of oxidative rancidity. Over time, and particularly with exposure to light and air, the molecular structure of the fatty acids changes – which is why many oils are sold in dark colored bottles.

Oxidation happens quite slowly at room temperature, but when we expose an oil to high temperatures during cooking, it’s sped up. Oxidation also produces chemical compounds referred to as aldehydes and lipid peroxides, both of which can be harmful to inhale or ingest.

When we’re looking for the best cooking oils, one of the things to take into consideration is how stable it is when heated. That is, how rapidly and at what temperature will it undergo oxidation? The other primary factor has to do with the byproducts of heating the oil.

In order for a cooking oil to be considered healthy it needs to provide good nutritional value, such as the monounsaturated fatty acids in olive oil or the medium-chain triglycerides in coconut oil. However, we should also be opting to cook with oils that produce the lowest levels of harmful aldehydes when exposed to cooking temperatures.

A 2015 study on common cooking oils suggested that smoke point (literally the temperature at which an oil starts to smoke when heated), once believed to be a determinant of an oil’s suitability for cooking with, may not actually be that relevant. Rather, what we should be concerned about is the presence and quantity of aldehydes, since they are known to contribute to heart disease and cancer, among other things.

More recent research conducted in Australia supported this conclusion, when 10 of the most common cooking oils were compared. It should be noted that in each of these studies the oils were heated for prolonged amounts of time, but weren’t actually used to cook food. It’s entirely possible that the oils would behave differently when heated in the presence of water and organic compounds in the food.

The Best Cooking Oils, According to a Nutritionist

So which are the best oils for cooking with? These are my top picks, based on the most recent research.

In both of these studies, olive oil comes out as a top choice for cooking with. It’s true that olive oil has a lower smoke point than other oils, and it definitely shouldn’t be used for deep-fat frying, but at stove-top temperatures olive oil appears to be a good choice.

But save your extra-virgin olive oil for drizzling over salads and the like; the extra antioxidants in extra virgin and unrefined olive oil don’t offer any advantages when heated, so regular olive oil is the best choice for cooking with. Olive oil is comprised of roughly 75% monounsaturated fatty acids and less than 10% polyunsaturated, which means it produces a low amount of aldehydes when heated and is a good cooking oil.

Ghee, or clarified butter, is a great cooking oil. The process of clarifying the butter removes the bulk of the protein and milk sugars that butter contains, creating a cooking oil that’s very stable at high temperature.

Butter is naturally about 50% saturated and 20% monounsaturated fat, with only three percent polyunsaturated fat, making it very resistant to oxidation and aldehyde formation at stove-top temperatures. The clarification process only improves the stability of this cooking oil.

Is there anything that avocados can’t do? If you haven’t tried cooking with avocado oil, I recommend you give it a try. The composition is similar to that of olive oil, with about 70% monounsaturated fat, 13% polyunsaturated, and 11% saturated fat.

With a high smoke point and a distinct, buttery flavor, avocado oil can be used for frying, roasting, and sautéing. I don’t recommend using it for deep fat frying due to it’s distinct flavor and high cost, however.

Coconut oil is a great choice for higher heat cooking. Not only does it contain healthy medium-chain triglycerides, but as it’s heavily saturated (over 90% of the fatty acids in coconut oil are saturated) coconut oil is very resistant to heat-induced oxidation.

Typically the coconut oil used for cooking is fairly neutral tasting, but some unrefined and virgin coconut oils will add a subtle coconutty flavor to your cooking, so keep that in mind when you’re choosing to work with it.

Canola oil has a neutral flavor and a high smoke point, making it a good choice for many higher heat cooking techniques, such as baking and frying. Canola oil contains about 65% monounsaturated, 27% polyunsaturated, and 7% saturated fatty acid.

One should note that canola is a heavily genetically modified crop, so it’s worth seeking out an organic brand whenever possible.