Usually when I’m baking something without eggs, I use finely ground flaxseeds as a substitute–like in this bread. These vegan Triple Chocolate Doughnuts use a replacement for eggs that I haven’t tried before: applesauce!

In addition to applesauce, bananas, berries, avocado, legumes, and vegetables like zucchini and carrots are some of the whole food swaps made in Emma Hollingsworth’s Vegan Treats: Easy Vegan Bites and Bakes. It’s always disappointing to me when I get a vegan cookbook and the substitutes are all processed plant-based butter, egg, and cheese products; I love that this cookbook shows how to make delicious desserts without the fake stuff. 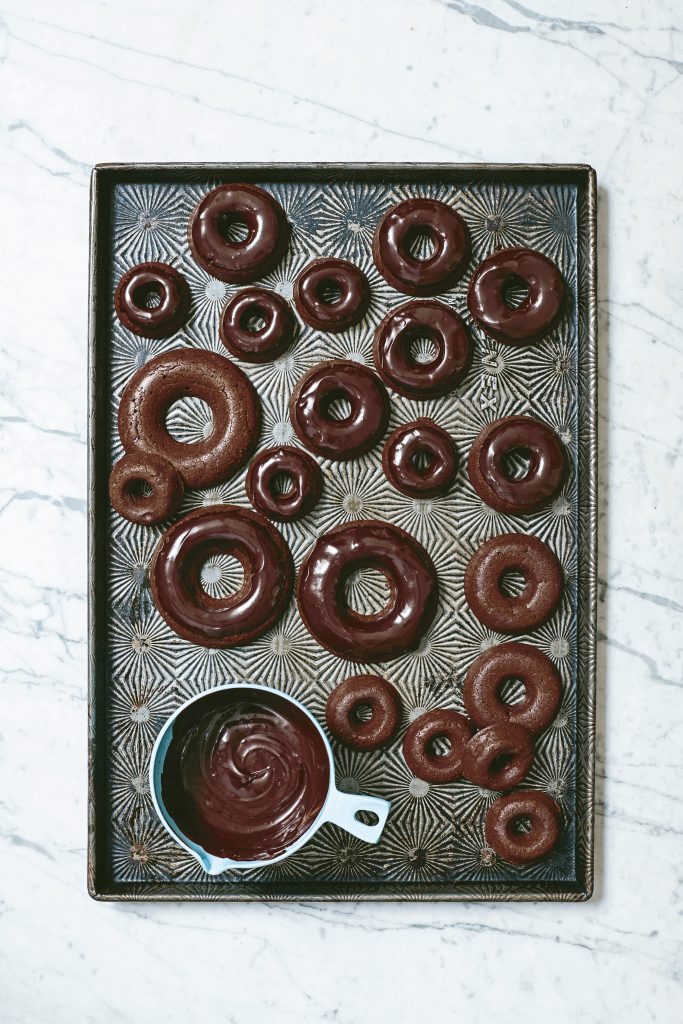 Made with almond meal and buckwheat flour, these Triple Chocolate Doughnuts are naturally gluten-free and they’re sweetened only with the aforementioned applesauce and maple syrup. They’re finished with a maple syrup-sweetened glaze too, giving them a more complex flavor than your typical store-bought glazed doughnuts.

You can freeze these vegan doughnuts too–and you’ll kind of want to, because who doesn’t want chocolate doughnuts on hand at all times? 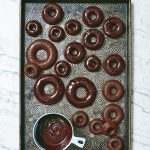